What’s the Difference Between Channel and Component Standards?

When it comes to cabling standards, you’ve probably heard of channel standards and component standards. The two are not one and the same, so we thought it might make sense to explain the difference, why you should care and how they are tested. 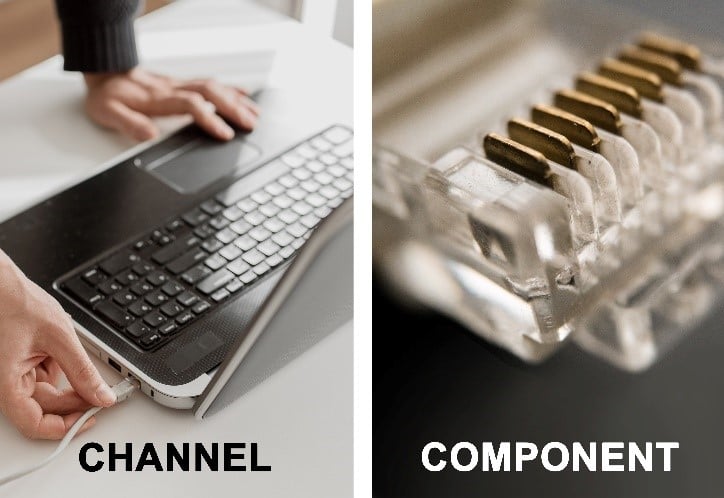 In a network, the channel is the connection from one active device to another, including any patch cords and equipment cords. In the data center, this could be from an access switch to a server and would include any patch cords used for cross-connects or interconnects between the two. In the LAN, the channel could be the connection from a distribution switch in a telecommunications room all the way to the network card in a laptop.

Based on worse-case scenario assumptions, industry standards specify the performance of a channel for a given application. For fiber, that’s primarily insertion loss. For copper, it’s quite a bit more—insertion loss, return loss, crosstalk (NEXT, FEXT, ELFEXT, ANEXT, etc.), propagation delay, DC resistance and more.

When it comes to performance, component standards are typically considered stricter than channel standards. If all components in a channel are component compliant, the channel should also be compliant—unless of course they were subjected to poor installation practices. While this doesn’t necessarily mean that non-compliant components deliver less performance, their performance cannot be guaranteed. Since there is still a good chance that a channel will meet the standard even with non-compliant components, substandard components could go unnoticed.

How Are They Tested?

Manufacturers have their individual components tested and verified to industry component standards. This is typically done through third-party testing and verification like Intertek’s ETL certification, which ensures that components meet appropriate ANSI/TIA, ISO/IEC, EN or IEEE performance standards. You’ll often see specific markings on components that indicate certification, and manufacturers claiming component standard compliance should have documentation available to prove this status. 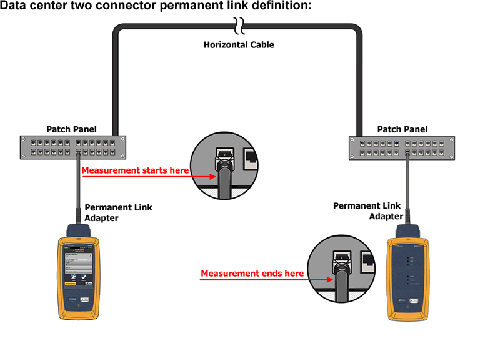 The permanent link is considered the foundation of the channel and patch cords are typically the weakest link—they are handled and replaced more than any other component and often considered a commodity, so quality (and component compliance) may be overlooked. If you test the channel, which offers more headroom than the permanent link, patch cord problems may go undetected. And if you opt for channel testing and then later swap out your patch cords, you might as well throw those channel testing results right out the window.

To achieve the absolute best channel performance and headroom on your installations, test the permanent link and choose components that meet component standards, including the patch cords. Thankfully, the permanent link adapters and test reference cords that come with the Fluke Networks’ Versiv™ family of copper and fiber certification testers and are of the highest quality to ensure interoperability and channel performance once you add those compliant patch cords.