The latest TIA standard for balanced twisted-pair cable systems – TIA 568.2-D – was approved for publication during the TR-42.7 meeting on June 12, 2018. It will replace TIA-568-C.2 and is expected to be published in the coming weeks.

For the past year (or more), we’ve been talking about many of the changes we will see in this standard, and now that it’s approved, we decided a recap is in order.Letter Swapping

Before we recap what’s new in TIA 568.2-D, we wanted to take a moment to clarify the nomenclature. The previous TIA-568-C family of standards included TIA-568-C.2 Balanced Twisted-Pair Telecommunications Cabling and Components. Notice that the “C” which denotes the revision came first. While one would think that the next revision would be “TIA-568-D.2,” TIA realized that it made more sense for the revision to come last. After all, the actual standards are TIA-568.1, TIA-568.2, TIA-568.3 and so on. 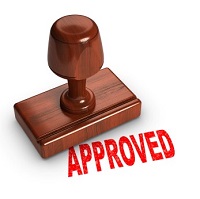 With that rationale, TIA 568.3-D Optical Fiber Cabling Components was published in October of 2016 and included specifications for OM5 wideband multimode fiber, encircled flux launch conditions for multimode fiber and passive optical network components, as well as a few other notable changes like OM1 and OM2 multimode fiber cable no longer recognized and tighter test limits when mating reference-grade connectors to standard-grade connectors.

This nomenclature rationale continues with TIA 568.2-D. Hopefully that helps clears up any confusion as to why we don’t now have a twisted-pair cabling standard referred to as 568-D.2. Let’s move on.

The biggest changes in the new twisted-pair cabling standard include addition of the modular plug-terminated link (MPTL) and 28 AWG patch cords, as well as moving Category 8 into the main document and references to TSB 184A for remote powering guidance such as resistance unbalance between pairs for four-pair PoE. In one form or another, we have covered these topics in depth throughout the year.

The MTPL is a configuration where a horizontal cable run terminated on one end to an RJ-45 plug connects directly into a device. It is now officially recognized as an option for connecting devices where it is deemed impractical or unsafe to deploy an outlet and equipment cord (think Wi-Fi access points and security cameras). 568.2-D also covers how to test the MPTL using a Permanent Link Adapter at the near end and a single Patch Cord adapter at the far end. Check out last week’s blog to learn more.

28 AWG patch cords, which have become popular at high-density patching areas due to their smaller diameter that helps reduce congestion, improves airflow and enables a decreased bend radius, are also now recognized in a normative annex to TIA-568.2-D. While TIA twisted-pair cabling standards in the past only recognized 24 AWG to 26 AWG conductor sizes for patch cords, TIA now recognizes that 28 AWG patch cords have their place. But there are some guidelines in TIA 568.2-D to follow surrounding DC resistance and insertion loss with these skinny cords, which we also covered in a recent blog.

Category 8 cabling, which was previously ratified in TIA-568-C.2-1 published in November 2016, has now been integrated into the main 568.2-D standard. Developed to support 25GBASE-T and 40GBASE-T applications developed by the IEEE, Category 8 has a maximum channel length of 30 meters with 2 connectors and is tested from 1MHz to 2000MHz. This is a big change from Category 6A which supported a 4-connector, 100-meter channel and was tested to only 500MHz. While we’ve been on top of this one for quite some time, and introduced the DSX-8000 tester for testing Category 8 well over a year ago, feel free to brush up here.

Approved for publication in February 2107, TIA’s Telecommunications System Bulletin TSB-184-A Guidelines for Supporting Power Delivery Over Balanced Twisted-Pair Cabling provides recommendations for twisted-pair cables that will support the supply of DC power – particularly in response to the forthcoming IEEE 802.3bt standard, which includes Type 3 and Type 4 four-pair PoE. One of the main testing parameters, DC resistance unbalance within and between pairs, included in the TSB is also now called out in 568.2-D. We have an informative white paper that covers all you need to know to test for this important parameter in your PoE deployments.

Once the 568.2-D standard is available in its final published format, you may see a few other additions—including some patch cord measurement changes and updates to methods and fixtures for laboratory measurements that extend parameters to the 2GHz frequency range required for Category 8. We will dive more into these other changes once the standard hits the streets.