The Modular Plug Terminated Link, or MPTL, where a horizontal cable run terminated on one end to an RJ-45 plug connects directly into a device, has become increasingly popular for connecting a variety of devices—from wireless access points and security cameras, to PoE lights and video displays—essentially wherever it’s deemed impractical or unsafe to deploy an outlet and equipment cord.

Approved within ANSI-TIA 568.2-D as an option for connecting devices, MPTLs aren’t just popular in North America. But some of you have asked about regions that don’t follow TIA standards, and if it possible to test an MPTL to ISO/IEC or CENELEC standards. While the short answer is “not yet,” you can still make sure your MPTLs will perform. 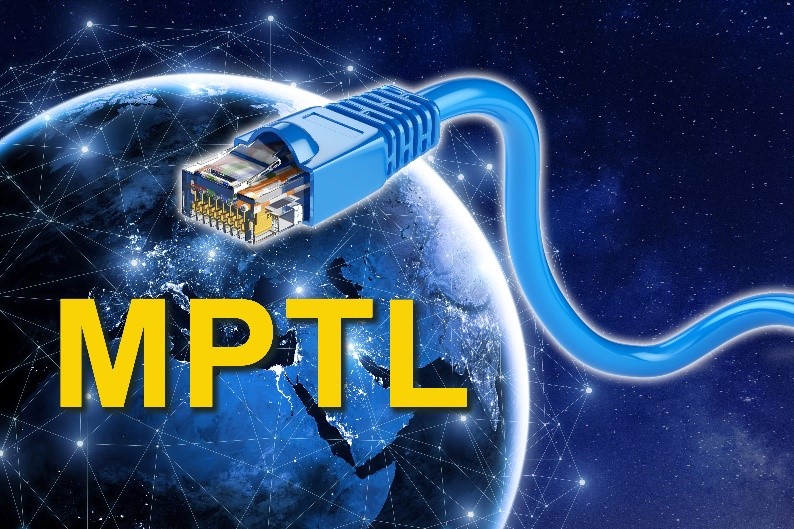 Alignment to Be Expected

The thing to remember about industry standards is that TIA and ISO/IEC standards are almost always in alignment. While sometimes the various standards use different terminology, these organizations strive to develop performance parameters and recommendations that harmonize with each other as much as possible due to the need for suppliers to be able to produce standards-compliant connectivity solutions both domestically and internationally. That is why the TIA TR-42 Engineering Committee and the joint ISO/IEC WG3 Working Group that develop premises Ethernet cabling standards share many of the same active participants. CENELEC and other regional cabling groups also contribute actively to ISO, and the contents of their standards are usually very much in harmony with ISO, IEC and TIA.

That being said, the various standards are almost never updated simultaneously on the same schedule. So even if an application or configuration is adopted by TIA, that doesn’t mean it will exist within ISO/IEC or other standards at the same time. And vice versa. While sometimes the difference in timing is short, it can be a year or more before one standard is updated to come into alignment with another. That has long been the situation in our industry, as is the case with the MPTL configuration.

TIA adopted the MPTL configuration in 568.2-D, which was approved for publication in June 2018. It was shortly thereafter when ISO/IEC TR 11801-9907 began development of a technical report to provide guidance for the use of the MPTL.  In the fall of 2019, the third draft of the report moved into the voting stage with the MPTL guidelines and test limits ultimately designated to appear in ISO/IEC TR 11801-9910. The good news is that the standard has reached a stable draft phase and will likely be approved for publication before the end of the year.

While you can rest assured that the ISO/IEC MPTL test limits will be included in a future release of the Versiv software platform, eventually allowing you to test MPTLs to international standards using your Fluke Networks DSX CableAnalyzer™ series tester, what should you do in the meantime if you’re deploying MPTLs outside of North America?

Because the standards will eventually be in alignment, for now you can simply use the current TIA MPTL limits to test your MPTLs—it was included in a previous version of the Versiv-DSX firmware (downloadable for free), so as long as your firmware is updated, we’ve got you covered. But you still need to know how to test it.

A Patch Cord Adapter at the Far End

Unlike typical channel testing that excludes the plug at the channel adapter, in an MPTL configuration, you need to verify the performance of that final plug connection at the device end. This is achieved by using a Permanent Link Adapter, such as Fluke Networks’ DSX-PLA004 or DSX-PLA804, on the main unit and a single Patch Cord adapter, such as Fluke Networks’ DSX-PC6A, DSX-PC6 or DSX-PC5e, on the remote unit at the far end. 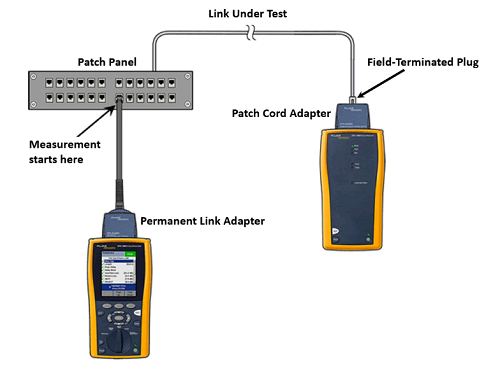 Note that the DSX CableAnalyzer does not ship with patch cord adapters, so you may need to purchase one.  Permanent Link or Channel adapters (which are provided with the DSX), can support multiple Categories or Classses of links.  For example, a Cat 8 adapter can test a Cat 5e link.)  However, standards require that the jack in the Patch Cord adapter match the category of the field-installed plug you’re testing.  As a result, we have to manufacture different Patch Cord adapters for 5e, 6, or 6A – and you’ll need to choose the one(s) you need.  When you’re ready to test, simply select the “Test Limit” from the Test Setup screen, choose TIA under the Limit Groups and select either TIA Cat 6A MPTL, TIA Cat 6 MPTL or TIA Cat 5e MPTL.

So, go ahead and use MPTLs to connect those devices that don’t warrant an outlet, faceplate and patch cord and test them to TIA—no matter where you are. And as soon as the ISO/IEC limits are added to the Versiv firmware, we will let you know. But you should always make sure your testers are updated with the latest version anyway—and if you use LinkWare Live, when you SYNC to your account you will get an alert when an update is available.