Fiber Optic Cabling Standards - On the Road to 400 Gig.

Over the past decade, we have seen significant advancements in the capabilities of fiber optic cabling--from expanded distances to speeds reaching 40 and 100 Gig.

While fiber loss requirements are getting tighter, efforts are also underway to increase fiber bandwidth carrying capacity with reduced fiber counts--all while following the roadmap to 400 Gig. 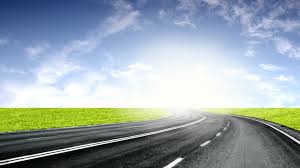 IEEE is now looking at ways to use wave division multiplexing (WDM) technology that will allow multiple wavelengths over the same fiber to carry signals, providing the potential to transmit 100 Gbps over a fiber pair where each fiber carries 25 Gbps on four different wavelengths. What does that mean for the future?

Not only does WDM technology have the potential to significantly extend the life of multimode fiber with new wide band multimode fiber (WBMMF), it also opens the door for IEEE to start looking at 400 Gig speeds. Yes, it is happening. While perhaps an unfortunate suffix (but trust us, it's not "bs"), the IEEE 400 Gig 802.3bs study group was formed in March 2013 and has already made significant headway.

Some of the key goals already established include transmitting 400 Gig over at least 100 meters of multimode fiber, with 1st generation 400 Gig building upon the existing 25 Gbps per fiber capabilities of 100GBASE-SR4 but using 32 fibers with 16 transmitting and 16 receiving at 25 Gbps. To support the 1st generation of 400 Gig, ANSI/TIA-604-18 has already formalized the FOCIS 18 standard that specifies a 16- or 32-fiber MPO. These connectors will have the same outer dimensions of 12- and 24-fiber MPOs, but with different distances between the guide holes.

And as IEEE gets more clever with WDM technology, it's anticipated that 2nd generation 400 Gig will decrease the fiber count to 8 with 4 transmitting and 4 receiving at 50 Gbps. There is even the goal of eventually transmitting 400 Gig over just 4 fibers, which establishes the building block for terabit Ethernet--perhaps something that will be a reality sometime after the year 2020.

Two of a Kind

Requiring EF compliance at the 1300nm wavelength is a good thing. WBMMF operates in the 850 to 950nm wavelength range, but one cannot test at 950nm--there are no commercially-available 950nm LEDs and likely never will be. But if both 850nm and 1300nm wavelengths are tested and pass, it will give customers confidence anything above the 850nm wavelength will work just fine.

Only time will tell if TIA will eventually require EF-compliant testing for both wavelengths, but in the meantime it is easy to do--Fluke Networks' CertiFiber® Pro is EF compliant for both 850 and 1300nm to comply with both TIA and ISO/IEC standards.