Cable Testing 101: How to Read the LinkWare™ PC Report?

In our last 101 Series Blog, we took at closer look at everything in blue at the top of your LinkWare Report. But what if your customer wants you to explain the detail and those pretty charts to the right?

Let's dive deeper so you're prepared for that possibility. 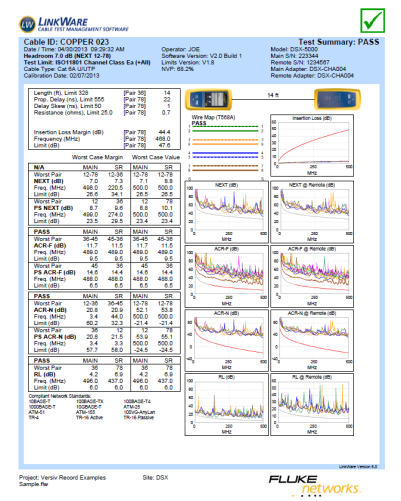 The section just below the blue area on your report shows the wire map test and a boxed-out area with critical values for the cable under test. These include the length (displayed in feet or meters depending on what the user selected), propagation delay, delay skew, resistance and insertion loss margin. 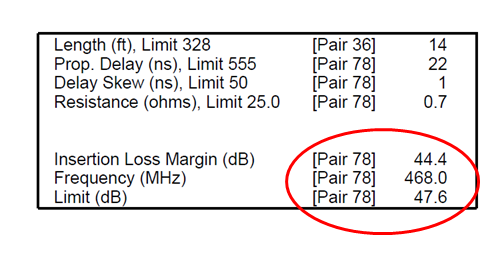 For example, this report shows that the worst case margin for insertion loss occurred on Pair 7-8 at a frequency of 468 MHz with a margin of 44.4 dB below the limit of 47.6 dB--not too shabby but not surprising for a short 14 ft. cable length.

Depending on the test limit selected, the test might also include parameters that indicate balance and alien crosstalk performance, such as transverse conversion loss (TCL), equal level TCTL (ELTCTL), common mode to differential mode NEXT (CDNEXT) and common mode return loss (CMRL). 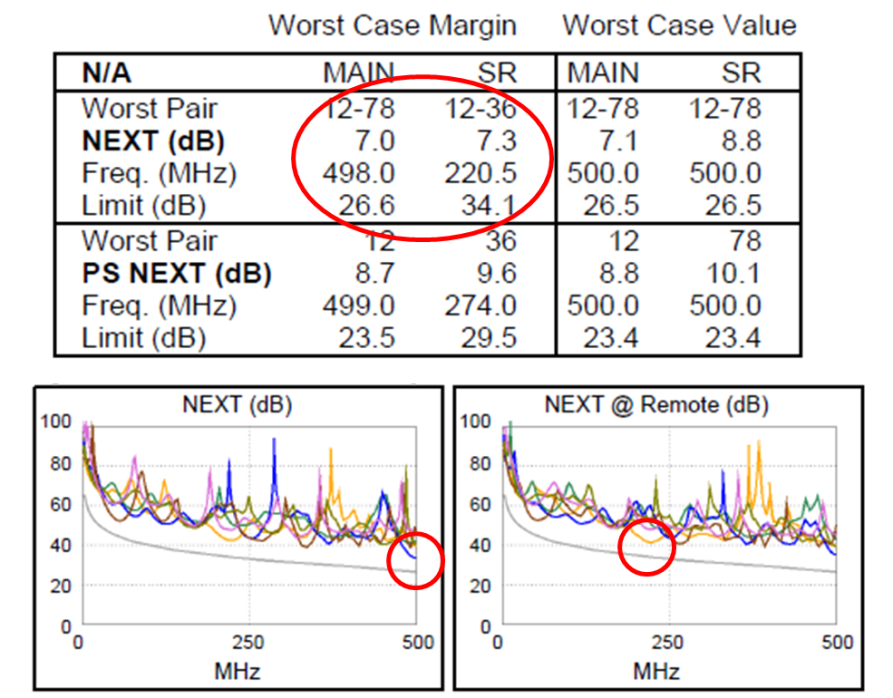 Regardless of the parameter, the test report shows the worst case margin and values for both the main test unit (MAIN) and the smart remote unit (SR). But what is the difference?

When a cable fails (and at some point it will), you'll see the distinguishable big red X in the top right corner of the LinkWare™ PC cable test management software and a test summary of FAIL. Thankfully, the report also tells you why--also in red so you don't miss it.

This report here clearly shows in red that the test failed for length limit, coming in at 364 ft instead of the 295-ft limit (this tester was set to feet instead of meters). It also shows failure for propagation delay and insertion loss (likely due to the excessive length).

Now that you know how to read your LinkWare reports, why not take advantage of LinkWare Live service that lets you upload test results from any location. It takes just a few minutes to set up, and it's free!