Home > Community > Blog > OTDR launch packs – what’s bend-insensitive got to do with it?

OTDR launch packs – what’s bend-insensitive got to do with it?

Testing standards for measuring attenuation of installed multimode (and single-mode) cable plant require using launch and tail cords with OTDRs. Standards mandate that the optical fiber sub category (e.g. graded index 50 µm) be the same as the cabling under test. Proper use of OTDR launch cords is important because the last thing anyone wants to do is repeat a set of tests. Occasionally, certain fibers go “end of life” as new ones replace them but these changes need not be the concern of the customer. Users should depend on test suppliers to do the background work and testing to qualify new fiber. Such background work is common at Fluke Networks, goes mostly unnoticed, but removes the worry for users. This blog describes the typical testing that occurs in these situations. A full explanation of testing with an OTDR is not included in this blog.

Note When testing with a light source and power meter, the launch cord must use non-bend insensitive multimode fiber. See our blog post on that topic.

Launch and tail cords (“launch packs”) are used with OTDRs when the attenuation of the “Cabling under Test”, connector “A”, and connector “B” must to be measured. See Figure 1 for this test set-up. Figure 1 is a simplified diagram and does not explain how bi-directional testing is done.

A study by Fluke Networks was completed to determine if BIMMF could be used in OTDR launch and tail cords. The focus of the study was to compare OTDR measurements using launch packs with BIMMF and non-BIMMF fiber. Ideally, there would be no appreciable differences in measurements besides those attributed to differences in optical fiber geometry such as core diameter for example. 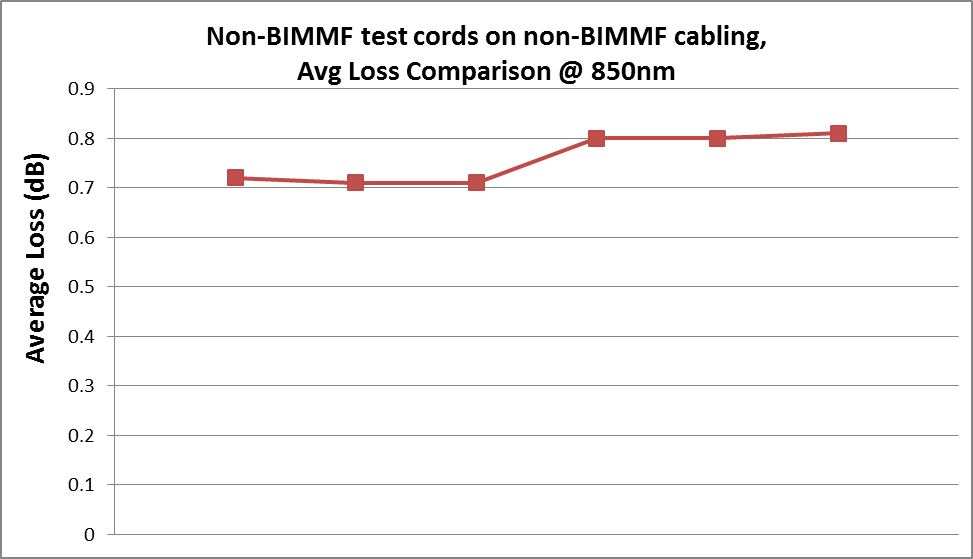 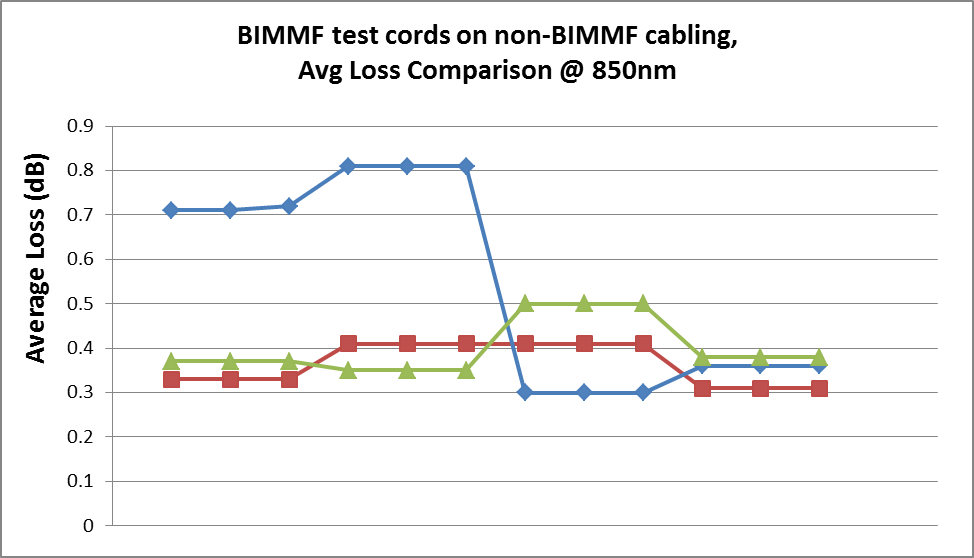 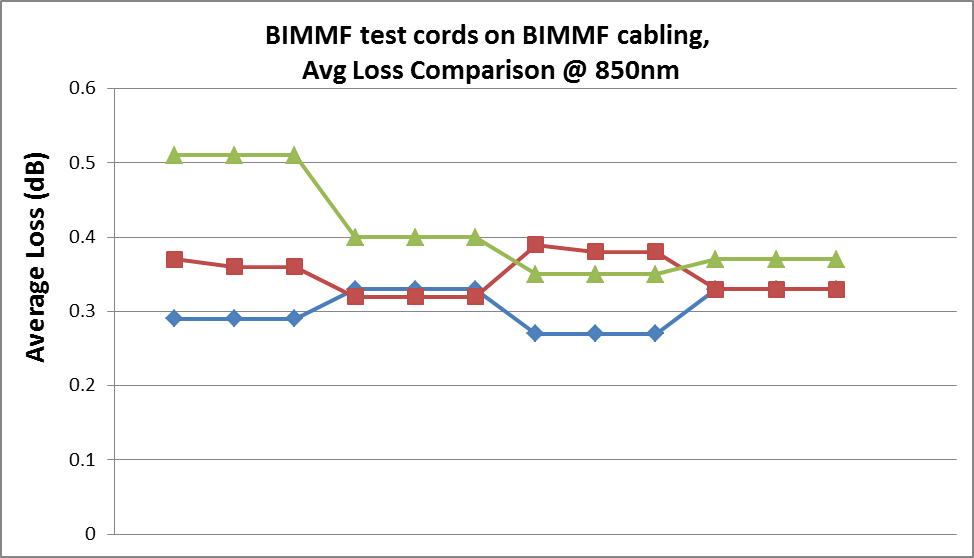 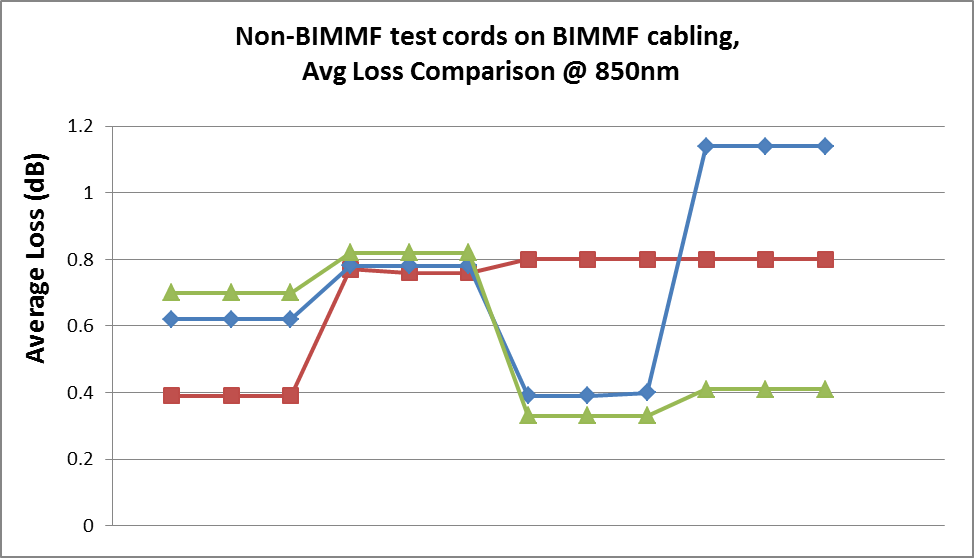 BIMMF is the preferred fiber for new multimode installations while non-BIMMF is becoming more difficult to procure. Test equipment suppliers are left with making a decision on how to manage changing requirements. From the data presented, it is difficult to quantify a difference when testing installed multimode fiber cabling using an OTDR with either BIMMF or non-BIMMF test cords. Differences in core diameter, backscatter coefficients, and other fiber properties may influence attenuation measurements more than the fiber properties that improve bending performance. Since the data indicates little performance differences between BIMMF and non-BIMMF, the Fluke specification for the launch packs has been written to allow either. The take away from this blog is: Experts at Fluke Networks do the background work so you don’t have to worry about the test equipment.