Reap the Benefits of Zone Cabling with CPs and HCPs

With the growth of the Internet of Things (IoT) and intelligent buildings, there are more devices than ever being connected to the network, and many of them reside in the ceiling space--everything from LED lights and building automation devices, to Wi-Fi access points and security devices. And because zone cabling offers significant benefits for these highly automated buildings, this cabling topology is on the rise and it may be time to test out of your comfort zone. 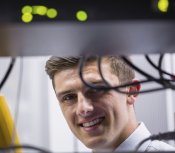 Zone cabling can be achieved using either consolidation points (CPs) or horizontal connections points (HCPs), and it depends on the type of the device being supported and the applicable TIA structured cabling standard. For example, for zone cabling supporting voice and data applications and following the TIA 568-C standard for commercial buildings, the connection in the zone is considered a CP. For zone cabling supporting a building automation device and following the ANSI/TIA 862-A standard for building automation systems, the connection in the zone is often considered an HCP.

In both scenarios, horizontal cables run from patch panels in the closet to connections housed in a zone enclosure strategically placed in a densely populated and accessible location. Shorter cables are then used from the enclosure to an outlet or directly to the device. This provides a flexible, manageable cabling plant where new outlets and devices can be more easily and cost-effectively added via shorter cables with less disruption compared to installing new horizontal cables all the way from the outlet or device back to the closet.

To reap the cost benefits of zone cabling over traditional home run cabling to every device, the zone enclosure must be located far enough away from the closet. TIA standards also recommend that it be located at least 15m (49 ft.) from the closet to avoid additional crosstalk that occurs due to having connections in close proximity.

Know What to Test When You're In the Zone

Regardless of whether the zone is a CP or an HCP, it should be considered part of the 90-meter permanent link and tested as such--from patch panel in the closet to the work area outlet. One issue is that TIA 862-A also allows building automation devices to be directly attached to the HCP without the use of an outlet. In other words, the 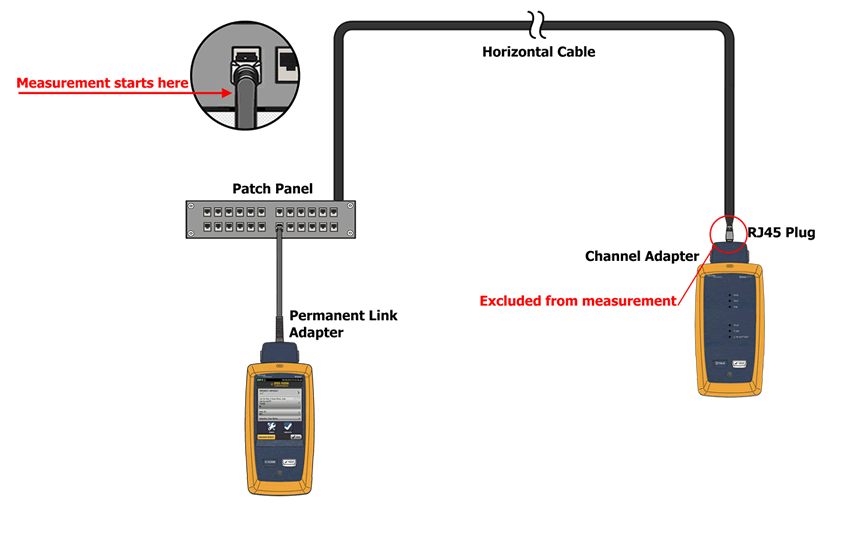 cabling terminates with a plug rather than a jack.

For channel testing, the RJ45 plug into the adapter is typically excluded. Thankfully, the DSX-5000 will also let you know if that plug was poorly terminated or the pair twists were not maintained.

Don't Zone Out on Future Testing

In today's more automated building, a single zone enclosure might contain both CPs serving voice and data outlets and HCPs connecting directly to building automation devices. For example, one port within the zone enclosure may connect directly to an LED light using a plug on the end of the cable while cable from another port may be terminated to a jack in an outlet that then connects to the device via a patch cord.

To truly reap the benefits of zone cabling, enclosure should be fully cabled from the closet but strategically deployed with spare ports in the enclosure to support future devices. That means that when a new outlet or device is connected to the zone enclosure, you must remember to test at that time--either using the modified or the standard permanent link testing. Thankfully the DSX-5000 CableAnalyzer lets you do both.