Last week, we talked about how Single Pair Ethernet (SPE) is making waves in the industrial automation world as a potential replacement for fieldbus architectures. At the recent Rockwell Automation show, Fluke Networks demonstrated a prototype Single-Pair Ethernet (SPE) adapter for the DSX-8000.  This adapter is being made in very limited quantities and is currently only available to industrial automation and cabling manufacturers for use in their labs.  But given that it’s very likely that SPE will become widely adopted, it will eventually be of interest to nearly anyone responsible for installing or troubleshooting cabling.

In this second part of our interview with Theo Brillhart, we discuss the new adapters and testing of SPE cabling.  Theo is one of Fluke Networks’ representatives to the TIA, ISO and IEEE committees developing the standards for SPE. 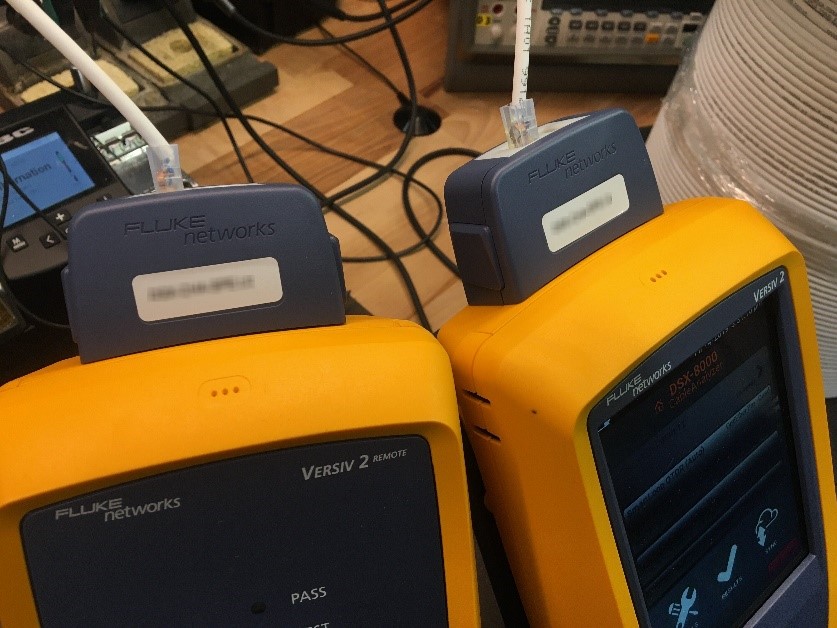 How many of these adapters are there and how were they made?

We’ve only made 20 so far, which is enough for the cabling and connector manufacturers we’re working with to outfit their labs.  The electronics inside the adapter were run in a small batch in our factory, and the connectors were made on our 3-D printers.  By Fluke standards, they are fragile, but the guys in the labs are careful with them.  We’ll develop something much more robust for field use.

Tell us about that connector?

This is the standard office-grade connector which was proposed by vendors including CommScope and Panduit and adopted by the TIA and the ISO last fall.  It’s very similar in shape to an LC-style fiber connector and has roughly the same footprint, so it’s being called the “LC-style SPE connector”.  Keeping in line with the entire SPE effort, it’s designed to be low in cost and installed in the field with basic tools.

Is that connector rugged enough for Industrial Environments?

The connector on our adapter is designed for MICE 1 environments, which means offices.  But the ISO and TIA have also selected a ruggedized connector design from Harting which is designed to handle environments all the way to MICE 3.  There are variants of it based on the M8 and M12 connector housings.  And you’ll also see basic screw-terminal adapters.

How are the tests different from a typical category test?

We’re still working with the TIA and ISO to determine the exact field tests required.  While there are over 40,000 ways to wire an 8-pin RJ connector, there are only two ways to wire an SPE, but you’ll still probably need to test the wiremap.  Insertion loss will be critical, especially on long runs.   For runs supporting PoE, resistance performance will be crucial.  The lower frequencies used and the fact that there is only one pair means you won’t have to worry about crosstalk within a cable, but alien crosstalk is still an issue.  Transverse Conversion Loss (TCL) is important, especially in noisy industrial environments, so the standards committees need more research on that one.  And for shielded cabling, which will be useful in the industrial environment, additional measurements may be required.

Are there some special challenges?

We’re puzzling over the best ways to test in cases where multiple devices are connected on a single pair.  We’ve got some ideas, such as <<<REDACTED>>> and <<<REDACTED>>>, so we’ll have a killer solution by the time we announce a product for field use.

Why did you build this capability on the DSX CableAnalyzer?

The DSX (Versiv) is the most flexible platform we have ever developed so it was the obvious choice.  Not to mention that all the manufacturers already have the DSX in their labs.

When will it be available for the DSX CableAnalyzer?

A lot of that depends on the standards committees, where we’re working with the other vendors to finalize the testing details.  It’s tricky to be designing a product to a moving target but as the specs get closer to being finalized, we can work on our designs in parallel.  Stay tuned.