Home > Community > Blog > AV over Twisted Pair: What Do I Need to Test For?

AV over Twisted Pair: What Do I Need to Test For?

Whether it’s video conferencing or digital signage, many of you are likely facing requests from your customers to deploy cable plants that support audio-visual systems.

Many of these applications utilize twisted pair cabling, and technology advancements now make it possible to deliver power to video displays simultaneously with these video signals over the same cabling. When it comes to deploying and testing cable plants required to support these AV systems, it’s important to understand best testing practices to ensure your customers get the perfect picture they expect.

One of the most common AV protocols is HDBaseT for transmitting uncompressed 4K video signals, audio, 100BaseT Ethernet data, power and various control signals over common twisted pair category cabling up to 100 meters. While this is similar to IP-based video systems, and the cabling and connectivity may look the same, the two are actually different protocols. Unlike IP-based video that runs over the data network using packet-based Ethernet via common network switches and routers, HDBaseT is not packet based and instead uses HDBaseT matrix switches and receivers that are separate from the data network. 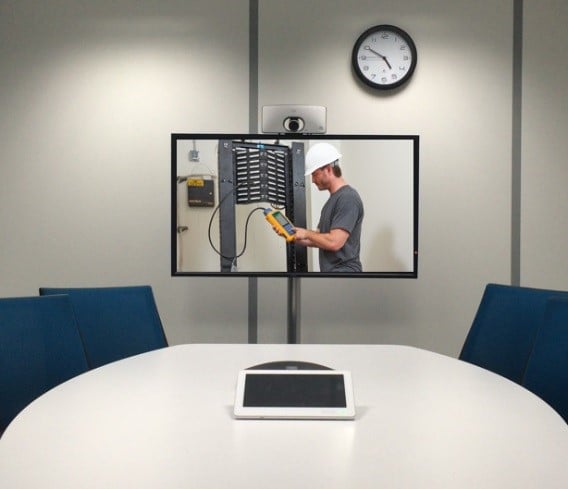 Introduced in 2017, Software Defined Video over Ethernet (SDVoE) is making waves in the AV industry as a true IP system that uses common network switches and routers to deliver uncompressed 4K video, audio, control and 1 Gb/s Ethernet (1000BASE-T). Unlike HDBaseT, SDVoE addresses the full 7-layer OSI model and leverages what we in the IT industry already use for transmitting data—Ethernet and TCP/IP. It is also being positioned as a money saver, since a common network switch typically costs less than half per port compared to video matrix switches and takes up far less rack space.

There is also the Society of Motion Picture and Television Engineers (SMPTE) 2110 standard that defines the uncompressed transmission of HD video over IP, and the HDBaseT Alliance recently introduced HDBaseT over IP that can leverage common network switches for campus-wide transmission but still requires HDBaseT-to-HDBaseT-IP bridges and HDBaseT-IP switches at the end points.

Since all of these AV applications run over the same cabling media used for data transmission, they are deployed using the same best practices and are subject to the same performance parameters. So if Category 6A cable is deployed for HDBaseT, SDVoE, or other IP-based AV applications, it must be certified to meet the TIA Category 6A standard—especially if you want to receive the manufacturer's warranty.

The Power to Display

The good news is that a Fluke Networks DSX CableAnalyzer™ Series copper cable certifier will do it all to make sure your customer’s AV systems are picture perfect. Not only will it will certify cabling plants to industry standards, but its ability to test for DC resistance unbalance can also verify the ability of the cable plant to support POH and PoE.