Before updating your tester's firmware, you must first install the latest version of the LinkWare PC software. This can either be done by using the "Check for Updates" option in a previous version, or downloading the installer from the Downloads & Updates page. Once the latest version of the LinkWare PC software is installed, download the appropriate frimware file for either your Versiv / TFS or Versiv2, and note where the file is saved on your PC, as you will need to point to it from LinkWare PC to initiate the update. 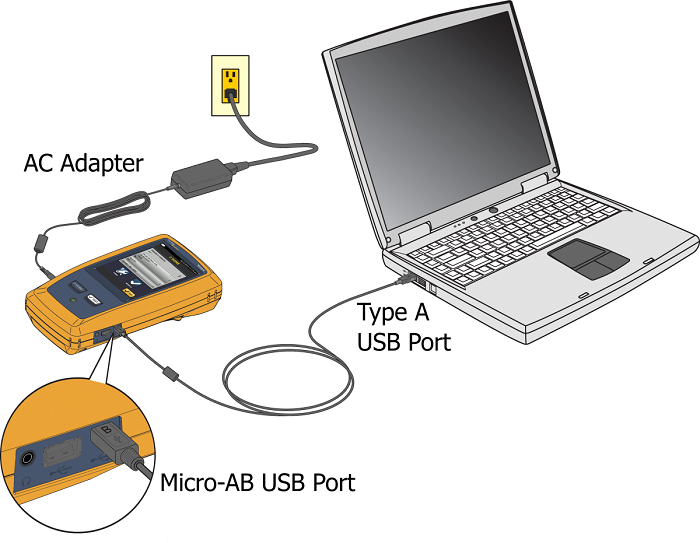 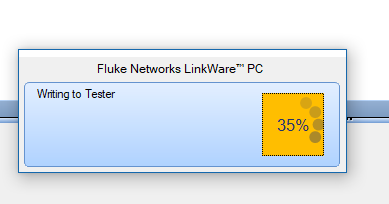 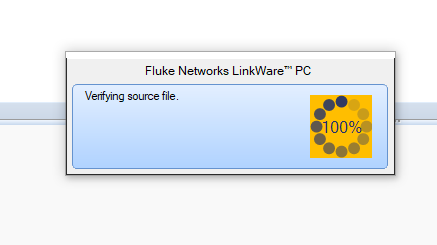 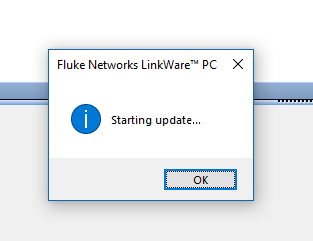 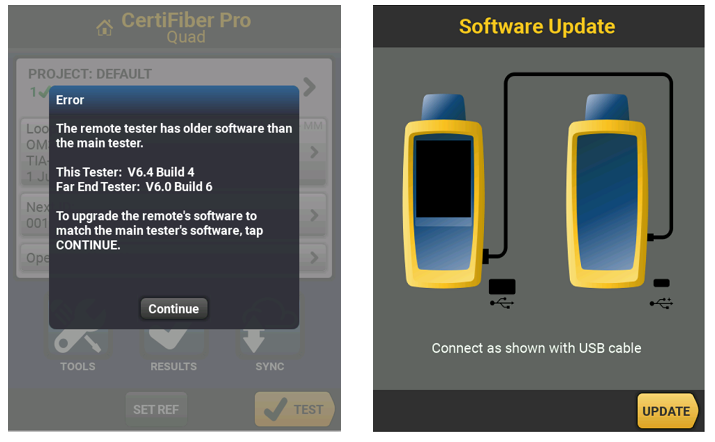 Remove the USB connection between the Versiv Main and Remote.

Connect the Versiv main and remote together with a Permanent Link Adapter and a Channel Adapter and go to Tools, Set Reference.

Set Reference should pass.  If it does not, reset the connections or try different adapters and try Set Reference again.

Press the Home button and tap Tools, Version Information, and both Versiv Main and Versiv Remote should be at the same latest version of firmware.