Bi-directional testing of fiber links for Tier 2 (OTDR) testing is not only required by industry standards and most manufacturers for warranty, it's also the only way to know the actual overall loss for a link. That's because measuring the loss of fiber connectors and splices, as well as overall link loss, depends on the test direction. Testing a fiber link in one direction can give you different results then testing the same fiber link in the opposite direction. 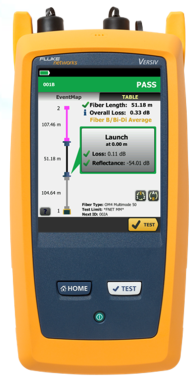 OTDR’s loss results are inferred and not actual loss measurements. OTDRs infer  loss based on changes in backscatter and assume that it's the same throughout the link. But that's not always the case. If an attached fiber has less backscatter or more backscatter, the OTDR reports either more loss or less loss. That's why the bi-directional OTDR testing or testing from both ends of the link and averaging the results is required. 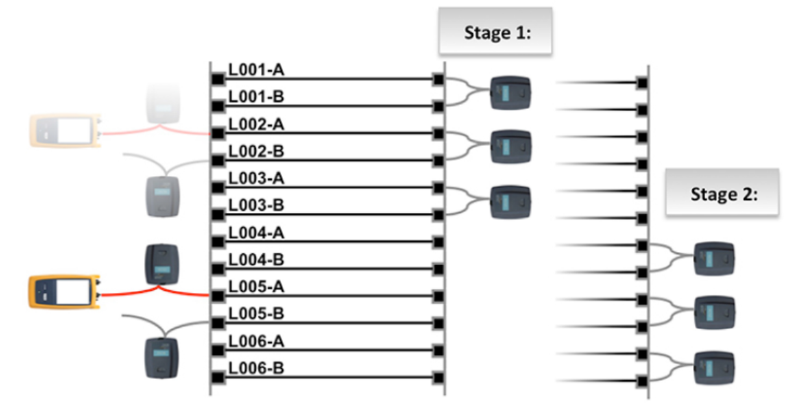 To solve this dilemma, you can test two fibers at the same time and use a loop  to connect the two fibers together. This allows the two fibers of a duplex link to be tested in one shot without moving the OTDR to the far end. OTDRs like Fluke Networks’ OptiFiber® Pro feature  “SmartLoop” Technology that checks for the presence of the launch, loop and tail fiber when testing a duplex fiber link.

With SmartLoop, technicians can deploy multiple loops at the far end and perform a set of bidirectional tests without ever having to leave the near end--cutting test time by at least 50%.

But wait! SmartLoop just got smarter... and faster.

When performing bi-directional testing, there is still the need to average the two results from both directions--whether using a time savings loop or not. Since its inception, Fluke Networks' SmartLoop technology has enabled downloading the measurements taken from both ends to LinkWare PC management software that performs the bi-directional averaging for each link and provides a final averaged result. While this removes the risk of human error involved with manual bi-directional averaging, it is still an extra step required to get the final result. But not anymore.

Unlike other testers on the market that require using either two OTDRs, , or purchasing an additional option, the OptiFiber Pro now includes on-board bidirectional averaging for that cuts Tier 2 testing time even more!  (If you have an existing OptiFiber® Pro, you can download the free Version 4.6 Build 2 Firmware here..)

No longer does a technician have to download the results to a PC to get the bi-directional average and final result for the link--the results are instantly averaged right on the tester. Technicians now know if a fiber link passes or fails right when they're done with the bidirectional testing.  You can see a video of how it works here..

With constant pressure to get the job done quicker and done right the first time for maximum profitability, it's good to know that SmartLoop just got smarter.