In another blog, we discussed some of the benefits of fiber to the edge from a sustainability and smart building perspective. While fiber optics is slowly making its way into the horizontal LAN, copper twisted-pair cabling such as Category 6 and Category 6A will continue to dominate here due to its low-cost, familiar installation, as well as its ability to support up to 10 Gig transmission speeds and 100 W of power over Ethernet (PoE). But outside of the premise LAN environment, fiber’s bandwidth and distance capabilities are making its future look brighter than ever. 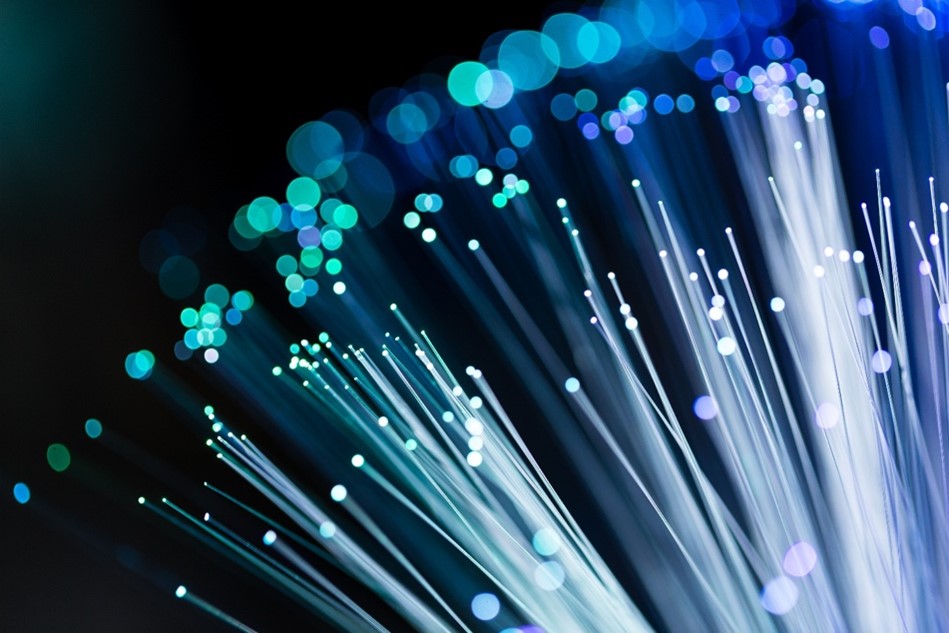 Outside the LAN environment, fiber’s bandwidth and distance capabilities make its future look brighter than ever.

While Category 8 copper cabling was originally introduced to support 25 and 40 Gbps (25GBASE-T and 40GBASE-T) in 30-meter horizontal server links, the reality is that these applications haven’t come to fruition primarily due to cost and power consumption. Therefore, other than short-reach point-to-point links using SFP and QSFP direct attach cables or active optical assemblies that are difficult to manage, the only option for standards-based data center structured cabling beyond 10 Gig is fiber. It’s no wonder that the global market for fiber is expected to reach nearly $10 billion by 2028, more than double what it was in 2020, according to verified market research.

There are now several fiber applications available to support speeds from 10 to 400 Gig, over both multimode and single-mode fiber at various distances, and the IEEE is hard at work developing additional application standards. With the introduction of 100 Gbps PAM4 encoding, the IEEE is expected to release the 802.3db standard in 2022, which will support an 8-fiber 400GBASE-SR4 using a 100 Gbps lane rate. This is the same logic used in 40GBASE-SR4, 100GBASE-SR4, and 200GBASE-SR4 parallel optics applications that support 40, 100, and 200 Gig using a 10, 25, and 50 Gbps lane rate, respectively.

The 802.3db standard will also include a 100 Gig application over a duplex multimode fiber and a 200 Gig application over two pairs of multimode fiber, as well as short-reach 100, 200, and 400 Gig versions to 50m for cost-optimized server connections. These short-reach applications will be designated with a “VR” rather than an “SR” (i.e., 100GBASE-VR, 200GBASE-VR2, and 400GBASE-VR4). The good news is that these applications will all be supported via existing duplex and MPO connectivity, so testing will be easy with Fluke Networks CertiFiber® Pro Optical Loss Test Set and MultiFiber™ Pro Optical Power Meter.

Meanwhile, the IEEE 802.3 Beyond 400 Gb/s Ethernet Study Group is working on adopting 400 Gbps logic to define physical layer specifications for 800 Gig applications based on eight 100 Gbps lanes. Current objectives that will support data center deployments include:

The Optics Are Also Advancing

Alongside the fiber cable standards development happening within IEEE, there’s also plenty of work going on within multi-source agreements (MSAs) created to address ongoing demand for network capacity. Made up of equipment, connector, and chip vendors, plus data center operators such as Facebook, Google, and Microsoft, these MSAs focus on the optics needed to support 800 Gig and beyond—including determining transceiver and optics specifications that will minimize cost, power consumption, and latency while maximizing reach. There are two primary schools of thought for supporting beyond 800 Gig: pluggable transceiver module technology and co-packaged optics.

Pluggable optical transceiver modules are well established in the industry, with SFP and QSFP form factors that include the latest QSFP-DD and OSFP pluggable transceivers for 400 Gig. These two form factors are extremely similar, except for the OSFP allowing for more power, and the QSFP-DD being backward compatible with previous QSFP form factors used for 40 and 100 Gig. The QSFP-DD MSA has leveraged a 100 Gbps lane rate to update the QSFP-DD transceiver module to the QSFP-DD800 for 800 Gig, while the Octal Small Form Factor Pluggable (OSFP) MSA group has released a version of the OSFP transceiver for 800 Gig. At the same time, the 800G Pluggable MSA, which includes CommScope, US Conec, Sumitomo, and others, is developing optical interface specifications regardless of transceiver module. All of these MSAs are now currently working to develop specifications based on using pluggable transceiver modules for 800 Gig and beyond, with their biggest challenge being getting power consumption down to a viable level. 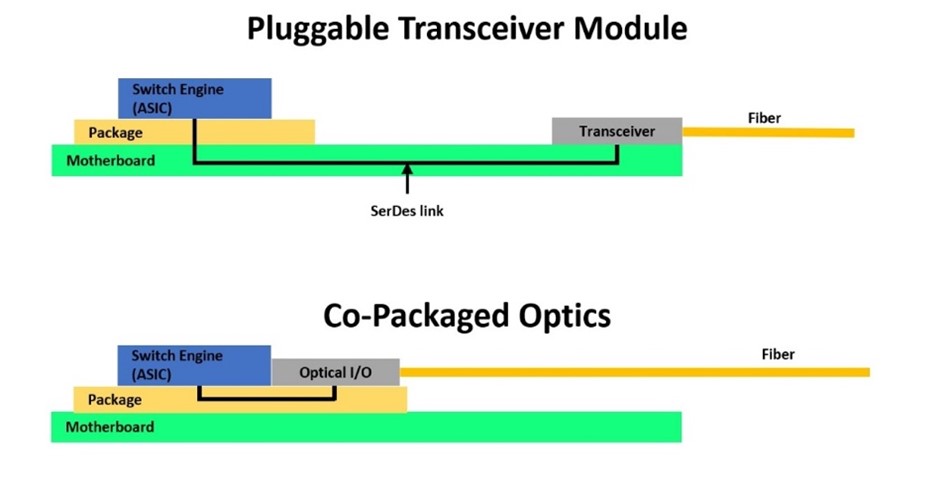 As an effort within the Optical Internetworking Forum (OIF), co-packaged optics take a different approach for getting beyond 800 Gig with reduced power consumption. Rather than embedding the laser source in a transceiver module, which requires the signal to be converted to electric and sent to the switch engine (i.e., application-specific integrated circuit, or ASIC) over a serializer/deserializer (SerDes) link, co-packaged optics packages the source within the computing electronics. This means that the fiber is brought closer to the internal switch assembly, connected either via a pluggable interface or permanently attached pigtail. This allows the electrical conversion to be made adjacent to the switch assembly, significantly lowering power consumption.

Fluke Networks Will Be There

While fiber standards and optics development are underway, standards bodies and MSAs are also investigating the potential for a 200 Gbps lane rate using PAM4 encoding technology, which will be extremely challenging from a noise perspective and may require shorter distances. However, a 200 Gbps lane rate would be a major game changer, essentially cutting the number of lanes in half. This would enable supporting 200 Gig over a single lane, 400 Gig over two lanes, 800 Gig over just 4 lanes, and 1.6 Terabit over 8 lanes.

While it’s anyone’s guess if pluggable transceiver modules or co-packaged optics will win out for beyond 800 Gig, or if a 200 Gbps lane rate will ever come to fruition, you can rest assured that Fluke Networks’ Versiv™ line of fiber certification testers and inspectors will be up to the job. Through our ongoing participation within industry standards bodies, we’ve got our eye on their progress to ensure that when application standards are released, we will add the limits into the latest Versiv software and introduce any new swappable testing modules required—that’s the beauty of Versiv’s modular design.

Speak with a specialist