If you’ve turned on the news in the past couple of months, or if you live anywhere in the southern or central U.S., you’re well aware that natural disasters are at an all-time high – from recent tornadoes that have stretched from Texas north to Minnesota and east to Pennsylvania, to the swelling Missouri, Mississippi, Arkansas and Ohio Rivers and their tributaries causing flooding in nearly two-thirds of the country. In fact, 2019 has already seen more than 1000 confirmed tornadoes (more than in all of 2018), and more than half happened in the month of May.

In today’s digital era where everything relies on access to information, getting communications back up and running is a number one priority – not only does the general public rely on it to receive critical emergency information, but everyone from medical staff taking care of the wounded, to rescue workers and government officials coordinating efforts to locate victims can be paralyzed or severely delayed when networks go down. But it’s not just networks that get damaged during a natural disaster – where there’s a communication infrastructure designed to deliver data, you can bet there’s an electrical infrastructure designed to deliver power. 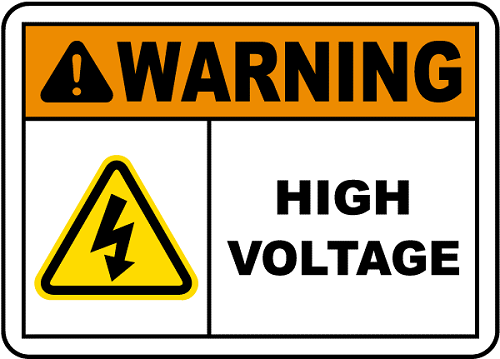 Once AC voltage is stepped down to 12,000 to 14,000 Volts for distribution in the outside plant, it begins to share facilities with communication networks. And even when it decreases to 120 to 240 V at the building entrance, it’s still at dangerous levels. It’s not just AC power that has to be considered. While most of us think of DC power in our industry as ranging between 44 and 57 V for Power over Ethernet, high DC voltages of up to 1500 V can also be present around electric railways and large motors powering elevators or other machinery.

Anytime there is damage to the electrical system, metal structures of any kind can become a conduit for electricity if they come into contact with high voltage, including metal framework, pathways, enclosures and even mobile and metallic-sided homes. Flood waters that potentially have submerged outlets or electrical cords can also become energized and pose a lethal risk.

Technicians working to restore communications in and around disaster areas need to understand the dangers of hazardous voltage and have the awareness to avoid them. To do that, they also need the right tools.

The Right Tool for the Job

In a disaster area, it’s difficult to know just what might be energized and how high the voltages could be. Per OSHA and other safety standards, voltage detection tools need to carry a voltage rating high enough to detect any potential levels with plenty of safety margin. Let’s say there’s the potential for 15,000 VAC; the detector should carry a rating of at least that and then some –say 20,000 VAC.

Adequate clearance between the person detecting for voltage and the metal structure they are testing is imperative because high voltage can jump across space. In fact, for qualified personnel, the NFPA specifies a prohibited approach boundary of 7 inches for voltages ranging between 750 and 15,000 V. The overall design of any detection tool, including its shape and materials, are also important consideration. Round shapes minimize voltage build up, and a single piece of construction is much safer since welding or gluing of parts can cause inconsistencies in the insulation where high voltage can arc. Detectors should also be constructed of polymer materials that offer excellent electrical insulation, ruggedness and resistance to moisture, such as acrylonitrile butadiene styrene (ABS). For further protection, the handle of the voltage detectors should also have built-in flash guard to prevent burns or other injuries in the event of flashover.

It may be big and yellow, and at 12 inches long maybe even a little cumbersome in your toolbelt, but if you’re working to restore network infrastructures (copper or fiber) in and around disaster areas, Fluke Network’s C9970 High Voltage Power Detector Pen is a proven life-saver. 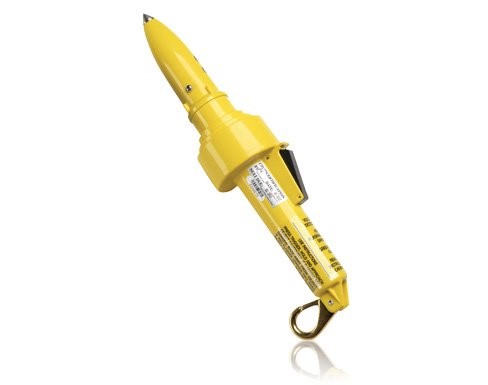 Lightweight and easy to use, the C9970 direct-contact detector detects up to 20,000 VAC and 2,000 VDC by simply placing the long-life carbide tip on an object, pressing the magnetic trigger and observing the LEDs – green means you’re free from electrical hazards, flashing red indicates you’re in the presence of dangerous voltage. The detector’s cap that protects the probe tip when not in use can even be attached to the detector’s handle to provide a connection for a cord attached to ground when working aloft.

Designed for field technicians by AT&T Bell Labs in the late 1970s and now manufactured by Fluke Networks, the C9970 Voltage Detector with its round shape, clearance distance, protective flash guard and ABS construction is standard issue and widely used among service provider technicians throughout North America. If you’re working to restore communications in disaster areas, you need one too!  Where to Buy