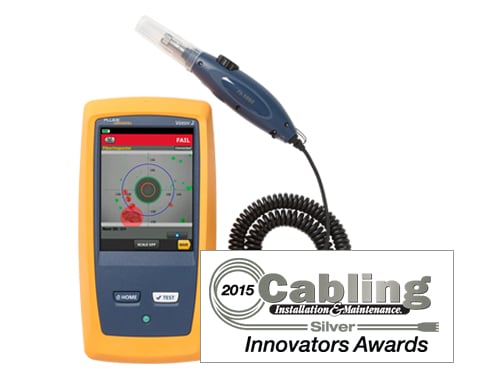 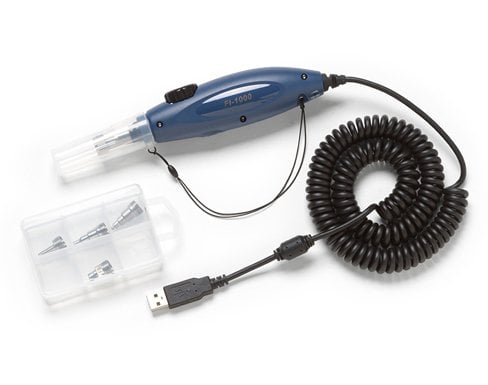 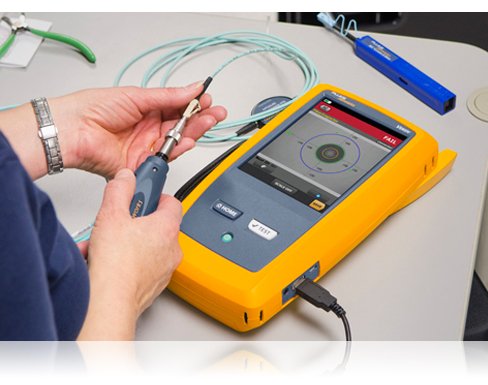 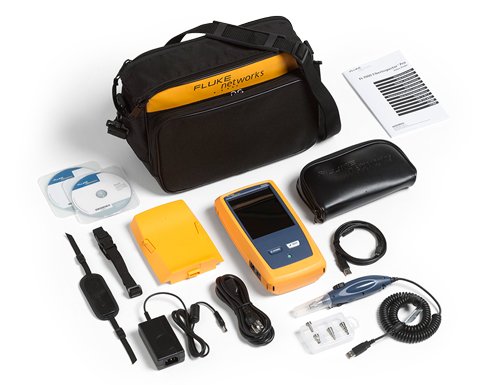 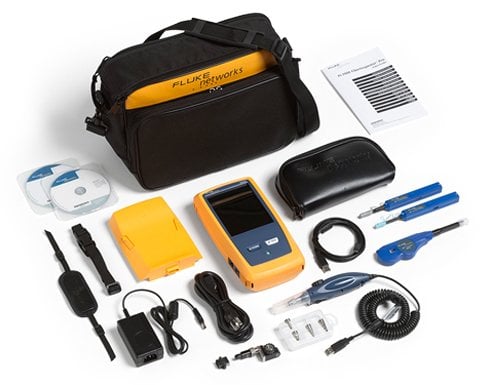 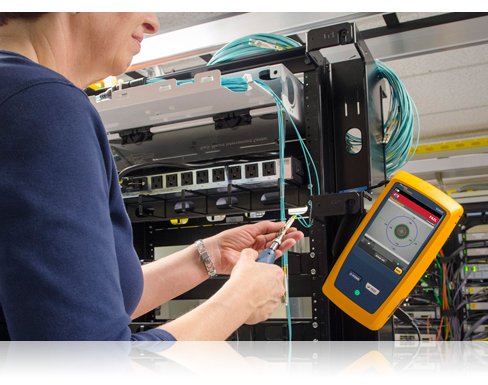 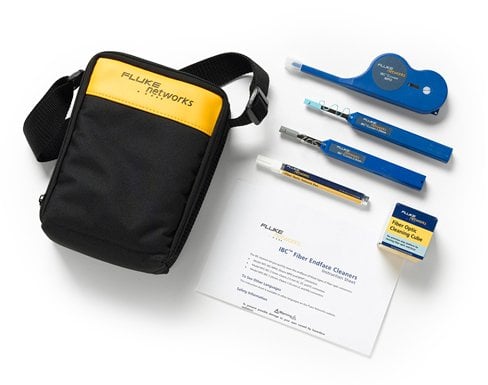 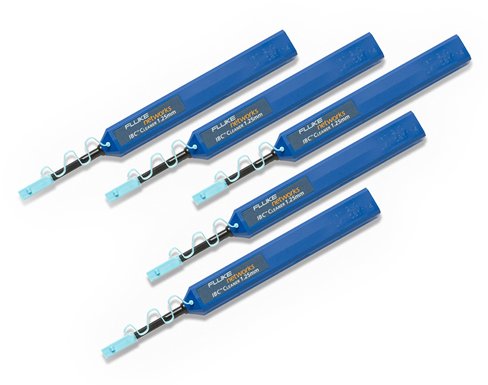 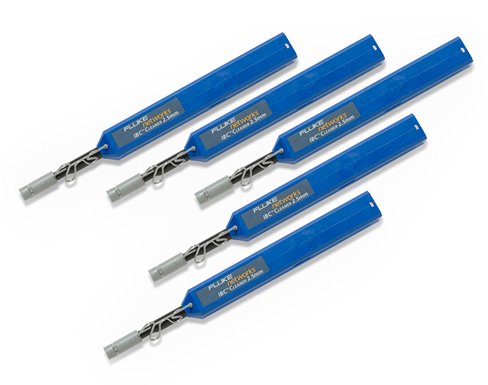 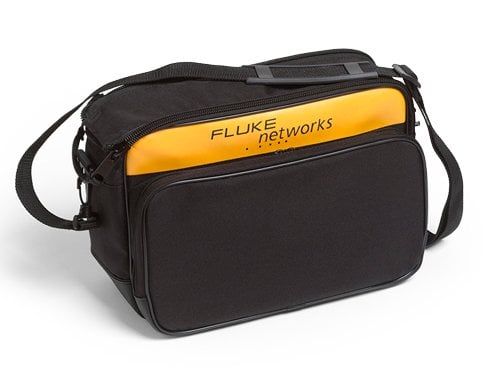 Fiber optic connector end-face contamination is a leading cause of fiber failures. Dirt and contaminant cause insertion loss and back-reflection that inhibits optical transmission and causes havoc with transceivers. Fiber loss and OTDR testing can expose this problem, but in many cases, dirty connections make fiber testing time consuming and inaccurate.

Certify your fiber end-faces to industry standards - IEC 61300-3-35. Or if you prefer, you can manually grade your end-faces.

Built on the Versiv Platform

The FI-7000 is built on the Versiv Cable Certification Platform which enables you to easily add optical loss (OLTS) and Optical Time Domain Reflectometry (OTDR) or even twisted pair copper or network analysis functionality to FI-7000. Product add-on kits are available for the DTX CableAnalyzer, CertiFiber Pro OLTS, and OptiFiber Pro OTDR.

Versiv’s ProjX™ System manages jobs from setup to systems acceptance, ensuring that all tests are completed correctly. Enter the testing details for a job once, and ProjX stores them in a project file with a name the whole team can understand. Change modules or jobs without having to re-enter details. Support multiple testers on the same job by sharing project files via USB sticks or email. Easy just met efficient.

Now you can test across multiple media types and requirements as easy as using a smartphone. Simply, select the job you’re working on, and the large display confirms the test that needs to be performed. Taptive helps you tap into the overall cabling infrastructure faster and more easily.

LinkWare pulls data togther into a single report that is easy for customers to understand, showcasing quality and workmanship. LinkWare stats, provides automated statistical reports that turns test results into charts to reveal performance. The report even summarizes your entire cabling and fiber infrastructure in one compact, graphical format, so it is easy to verify margins and anomalies.

LinkWare Live is a cloud-based service that lets you manage certification jobs anytime, anywhere, with anyone on any device.  With LinkWare Live, you can 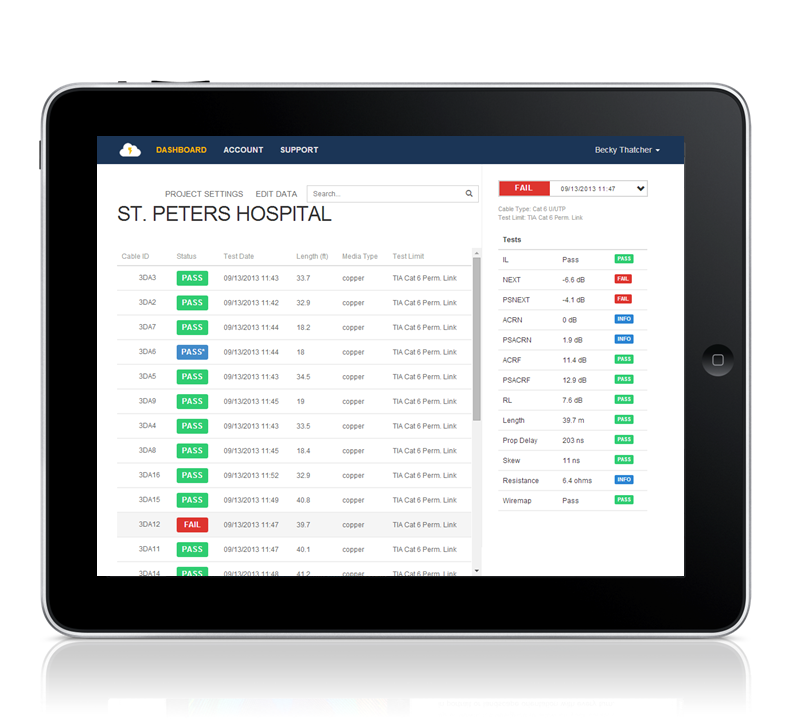 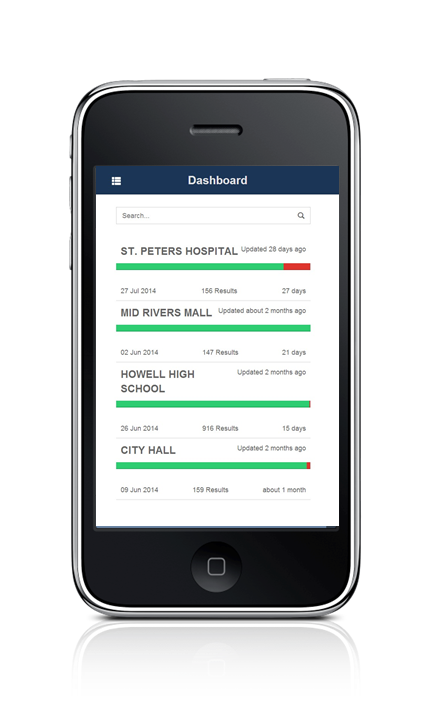 WiFi Adapter for Versiv Mainframe. (Available in the following countries.)

Request your 4” x 6”, sturdy pocket guide that is ideal to take on all your fiber jobs. Includes a quick-action summary and checklist, this guide is an invaluable tool to ensure you never miss a critical step during your fiber testing or troubleshooting.

Results:
As part of its service to this retailer, the CompuCom team maintains three data centers plus one backup bunker, containing nearly 20,000 servers and more than 150,000 cables. The team chose to adopt the Fluke Networks Versiv cable certification platform with a combination of the FI-7000 FiberInspector™ Pro, OptiFiber® Pro OTDR, and CertiFiber® Pro cable loss testing modules to provide easy repairs and upgrades. Since adopting the FI-7000 when it was first launched, the team has dramatically raised the standards in testing and reporting, while also simplifying test result accessibility and management. The FI-7000 enables faster test results, which have saved thousands of dollars each year. Most important, CompuCom's client has been very pleased with the higher levels of speed, quality and reliability made possible with the FI-7000. So much so, that this client now holds other service providers to similar standards.

You need to train and certify your existing employees to stay competitive in the installation and certification of high-speed structured cabling systems. Investing in the Fluke Networks Certified Cabling Test Technician™ (CCTT) training and certification program will not only improve installer skills, but also their effectiveness and productivity on the job in testing, certifying and troubleshooting copper and fiber cabling systems.

Click here for more information on the CCTT program > 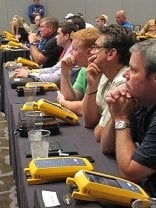 New to the FI-7000 FiberInspector™ Pro?
Learn the basics of operation, including unboxing, set-up, testing and reporting with our free video training courses.

Gold Support for your FI-7000 FiberInspector Pro allows you to make the most of your FiberInspector Pro purchase while ensuring a higher return on your investment. You will minimize your downtime, receive faster trouble resolution and have total access to all support resources.

If your FI-7000 FiberInspector Pro should fail, we'll deliver a loaner unit via next business day delivery to keep you up and running (Note: The
FI-1000 Fiber Inspection Video Probe is repair by replacement.  If you have a FI-7000 model that includes the FI-1000 you will get a replacement instead of a loaner). We'll repair your FiberInspector Pro and replace defective accessories that came with your unit at no charge, with "first on bench" priority, and return it to you - all shipping paid by Fluke Networks.

Some accessories are essential to testing and certifying cable. If any accessory that comes with your FI-7000 FiberInspector Pro are qualified as defective or faulty by our technical assistance center, it will be replaced free of charge. Modules are limited to replacement of one set per year, provided they have met the aforementioned criteria.

Extend the expertise of your staff. Gold Support includes priority access to our world-class Technical Assistance Center (TAC). Our centers in Seattle, WA and Eindhoven, NL employ a full staff of highly trained technical experts that are on call, including weekends and through the night, to answer complex troubleshooting questions, including GOLD only services such as: Test set-up and instrument configuration, Fiber testing, Test results interpretation. Let us help you get the most out of your FI-7000 FiberInspector Pro and understand the results you are seeing.

You’ll have an open door to valuable proprietary information we’ve gathered from helping customers over the years. It also includes helpful technical articles written by our experts

Your membership qualifies you for “Members Only” promotions and programs. This includes product discounts, access to reconditioned equipment at special prices and other incredible values.

Ensure that you are getting the most out of your FI-7000 FiberInspector Pro with Gold Support Services.

Unlimited access to our Knowledge Base - You’ll have an open door to valuable proprietary information we’ve gathered from helping customers over the years. It also includes helpful technical articles written by our experts. 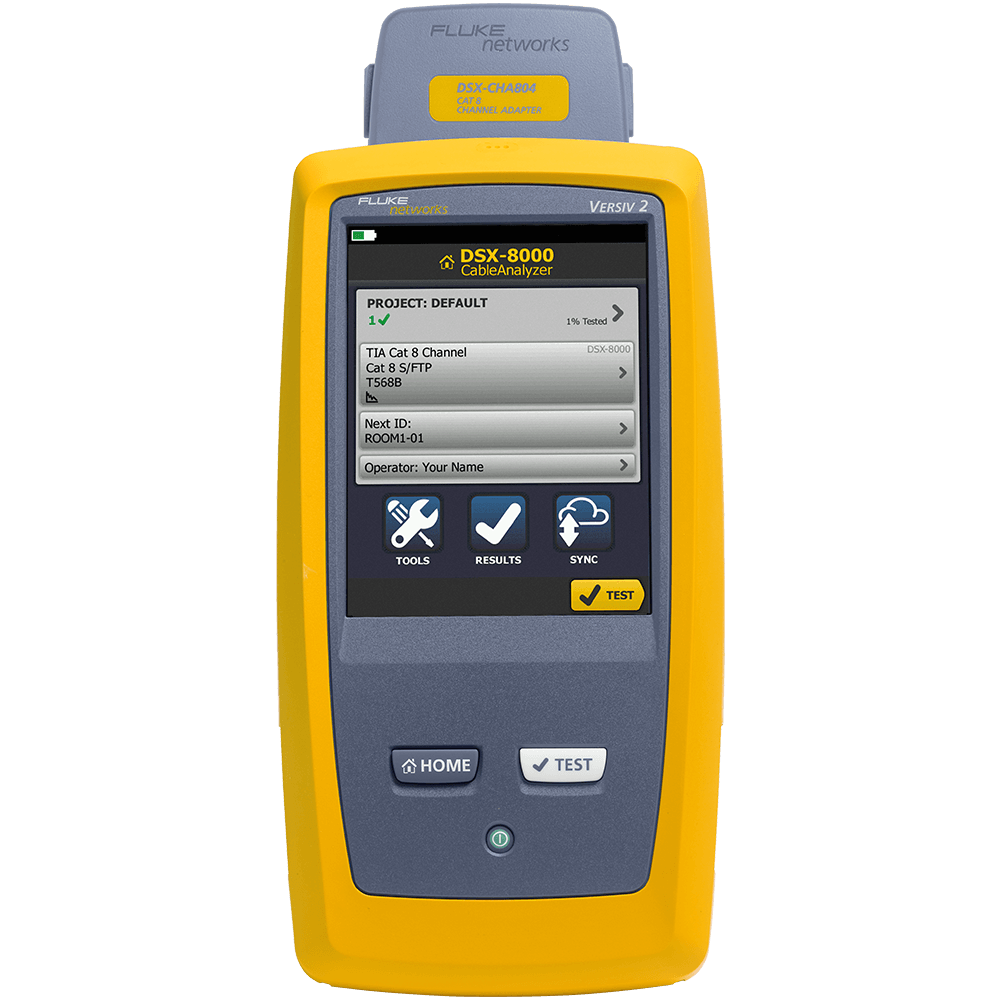 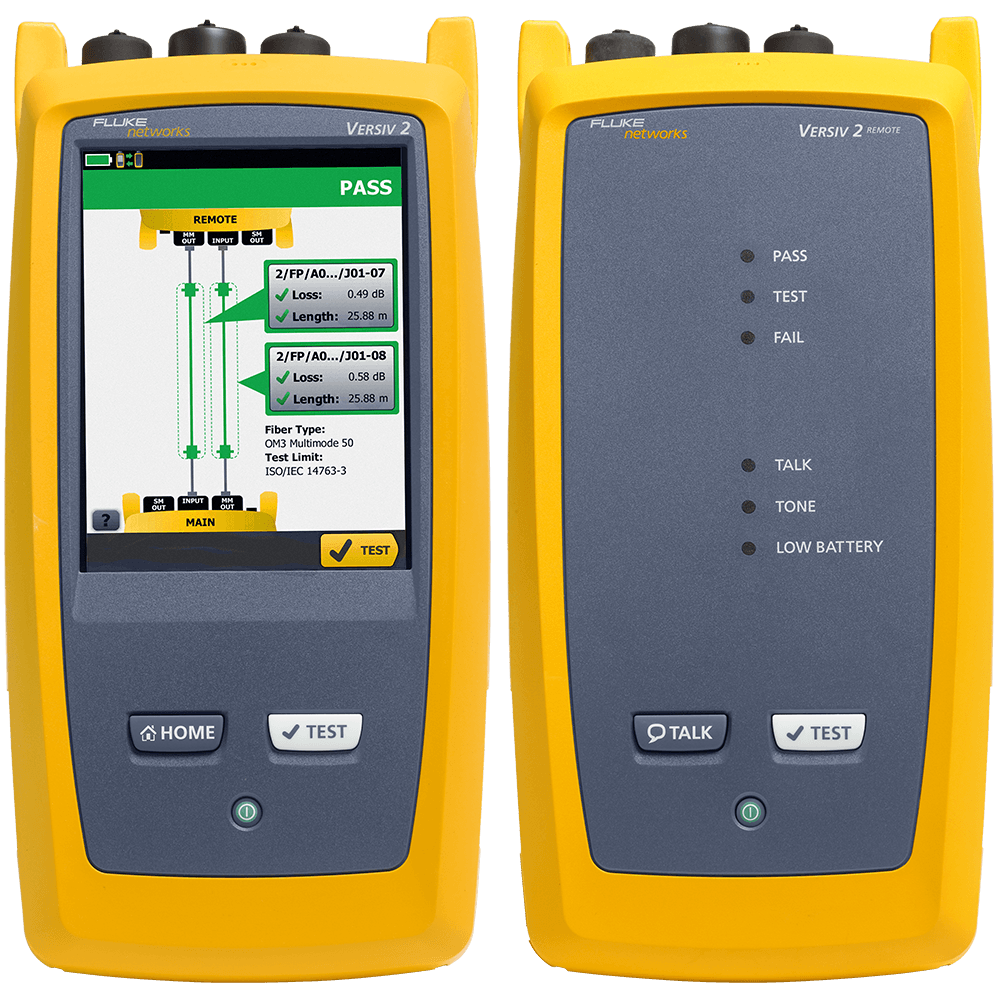 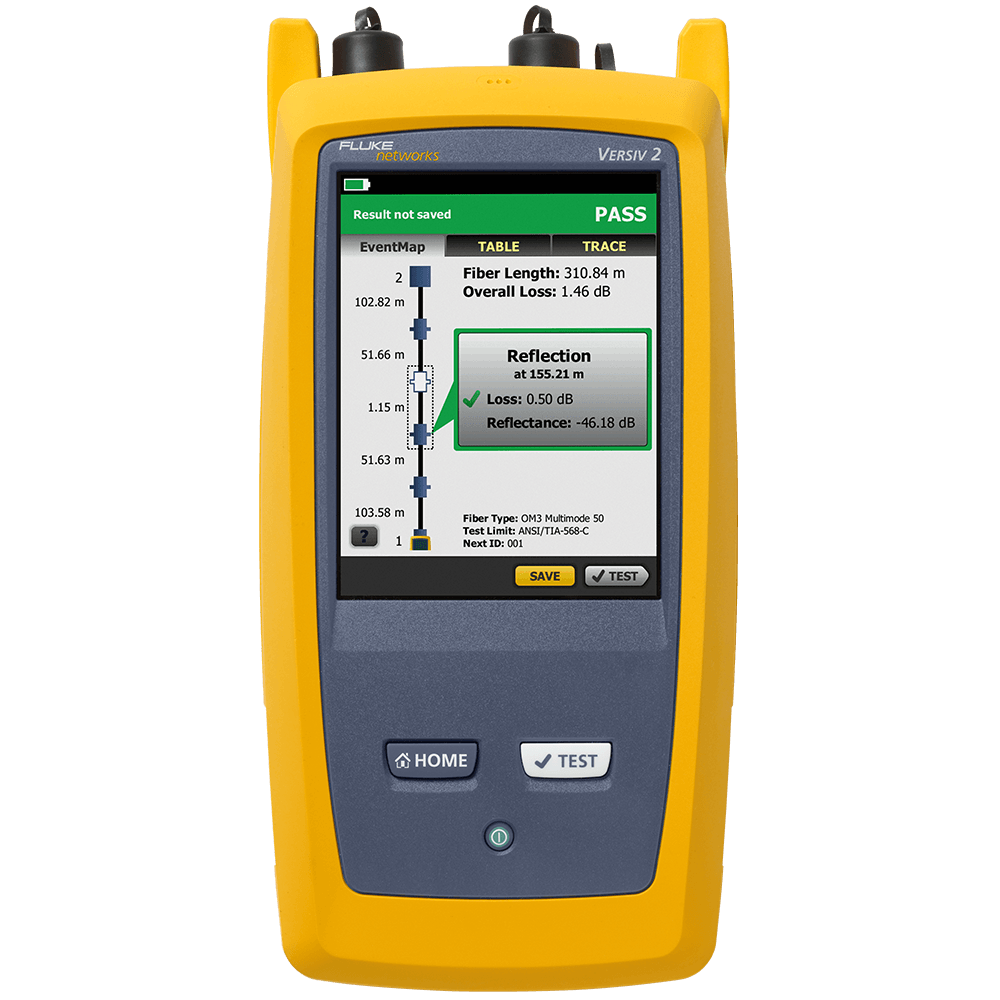