Testing on the Edge

You’ve probably heard all the buzz about edge data centers. Don’t worry – this doesn’t mean you’ll be testing fiber links while hanging on the side of cliff.  But while you might be testing in new spaces, edge data centers won’t really change what you’re already testing.

So what exactly is an edge data center, anyway? Let’s take a closer look.

As we all know, the Internet of Things is taking off and mobile communications is a big part of that – the Cisco Visual Networking Index report says that smartphone traffic will ultimately exceed PC traffic. Other technology growth and advances like industrial IoT, machine-to-machine communications, online gaming, video streaming and self-driving cars rely on superfast response times and real-time processing of data. And there’s 5G cellular that’s coming down the pike – 5th generation mobile networks that add huge amounts of spectrum in bands to potentially deliver a theoretical throughput of up to 10 Gb/s—enough to support all of this growth in mobile technology. 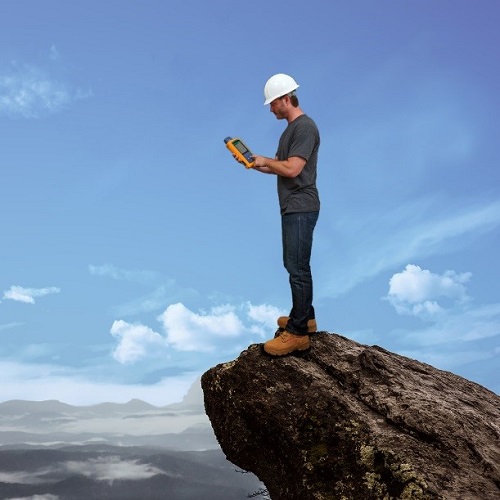 One of the biggest factors effecting these technologies is network latency—the time required for transmitting and processing of data that is dependent on the number of switches and distances that data must travel over the network. For example, self-driving car sending and receiving data over current 4G cellular networks can take about 80 milliseconds, but to adequately respond to emergency traffic situations, that latency needs to be less than 5 milliseconds. And for all you online gamers out there, the lag and mid-game failures that annoy you so much are likely caused by latency.

Essentially, the purpose of edge data centers it to increase bandwidth and decrease latency by bringing data processing and capacity closer to the users and the devices at the edge that need real-time communications, rather than having to send all data back to a centralized or cloud data center for processing. Think about Netflix—the largest video streaming service in the world with 140 million subscribers now responsible for more than 15% of the total downstream volume of traffic across the entire Internet. By placing popular content in an edge data center at a central office rather than in a large cloud data center located hundreds of miles away, they can more reliably deliver content to customers within a specific area.

So Where Are They and What to Do They Look Like?

Edge data centers are popping up in a variety of places—near Wi-Fi towers to support 5G cellular service, on street corners to support smart traffic systems and self-driving cars, in central offices and even within or adjacent to a manufacturing plant or an enterprise facility like a medical complex or university campus. 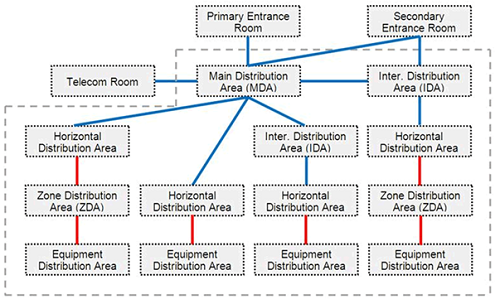 Compared to large cloud/colo data centers, edge data centers are quite a bit smaller, but they can range from a tiny self-contained micro data center with just a few rack units of space on the street corner, to a single cabinet to handle local data processing for a facility, to a handful of cabinets in a containerized data center at a 5G tower, and to as many as 40 or 50 cabinets within a larger metropolitan central office.

The one thing to remember about edge data centers is that they are still data centers. That means they have the same power, cooling, cabling and connectivity found in a typical data center—just on a much smaller scale.

They also have the standards-based functional areas of a data center like those called out in TIA-942-A – the entrance room, main distribution area, intermedia distribution area and equipment distribution area. So an edge data center might contain connections to a service provider network, core switching, intermediate switches and servers—all within a single cabinet. And because everything is consolidated into a smaller space, edge data centers typically require much higher densities per cabinet—both in number of connections and power requirements (12 to 15kW per cabinet could be the norm).

But because edge data centers are dense and could be a single cabinet or containerized data center, you might not have the testing space you’re used to in a large data center. Thankfully, at Fluke Networks, we already have some cool features to help you test in tight spaces—whether it’s our FI-500 FiberInspector Micro with integrated PortBright™ flashlight that easy fits easily into tight spaces and makes it easy to find and inspect fiber ports in dense, low-light environments, our Mag Kit Magnetic Strap that lets you attach your tester to metal surface, or simply our Versiv cable certification system with a modular design that supports copper certification and Tier 1 and Tier 2 multimode and singlemode fiber testing and inspection so you have fewer testers you need to bring to the edge.