Home > Community > Blog > Not Exactly in the Limelight – Yet

Not Exactly in the Limelight – Yet

It’s been a while since we’ve talked about OM5 multimode fiber, and despite its lime green color and being added to the ANSI/TIA-568.3-D standard in 2016, it hasn’t exactly been in the limelightbut it looks like that won’t always be the case.

With no Ethernet application yet available that requires OM5, and a slight cost increase, many have been skeptical about taking the leap from OM4. In fact, when it first came on the scene, many in the industry alleged that OM5 fiber could end up like Category 4 copper cable that ultimately had no lifespan and is no longer recognized by industry standards.

But wait! Last year the IEEE P802.3cm task force began working on a new standard for 400 Gb/s over multimode fiber that in addition to 400GBASE-SR8 over eight lanes (16 fibers total) using 24- or 16-fiber MPO connectors also includes 400GBASE-SR4.2 that operates over four two-short wavelength division multiplexed (SWDM) lanes (8 fibers total) using a standard 12-fiber MPO. Since OM5 is optimized for SWDM, one would think that it could finally be what pushes it into the limelight. However, since the new standard leverages existing two-wavelength technology that will ensure operation up to 100 meters of OM4 cabling, the question remains as to whether OM5 is needed. 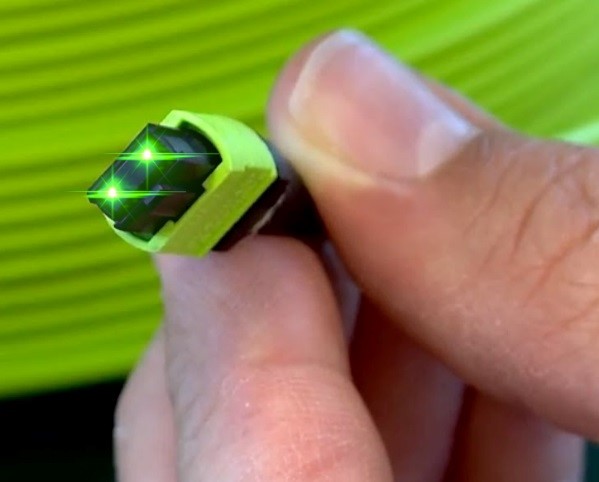 With the standard anticipated to publish by the end of this year, we thought it was a good time to take another look at OM5’s potential.

When OM4 fiber with its refractive index profile and reduced differential mode delay (DMD) was approved by TIA in August of 2009, it provided a much higher modal bandwidth than OM3 (4700 MHz*km compared to 2000 MHz*km). This enabled transmitting more information within the same distance or the same amount of information for longer distances.

OM5 fiber offers the same bandwidth and performance as OM4 at the 850nm wavelength, which perhaps is another reason some have been skeptical. Intended for operation using VCSEL transceivers (just like OM4), it is essentially a version of OM4 that includes additional specifications for operation at the 953nm wavelength to support transmission on multiple wavelengths using SWDM technology. That’s why it is referred to as wide-band multimode fiber (WBMMF).

Do You Need It?

The short answer is “it depends.”

Existing applications like Cisco’s Bi-Di solution utilize the 953nm wavelength and SWDM technology to support 40 and 100 Gig over duplex fiber. The IEEE 400GBASE-SR4.2 leverages this technology combined with parallel optics to support 400 Gig over 8 fibers (100 Gbps per fiber). It does so using bidirectional propagation on each fiber with the 850 and 953nm wavelengths both transmitting 50 Gbps and traveling in opposite directions. Since OM5 is optimized for performance at the 953nm wavelength, it appears to make perfect sense for these applications.

But all of these applications also operate over OM4, and since 400GBASE-SR4.2 uses existing 8- or 12-fiber MPOs, it can leverage existing MPO-based OM4 fiber cable plants in use today for 40 and 100 Gbps. For SWDM applications using the 953nm wavelength, what OM5 really gets you is distance. For the new 400GBASE-SR4.2 standard, that means supporting 400 Gig to 150 meters using OM5 versus just 100 meters using OM4.

While some will choose to stick with OM4, those looking to move to 400 Gig and needing a little more distance will likely choose OM5 for new deployments. This looks good for OM5 considering the fact that OM4’s popularity has been based primarily on it offering greater distances over OM3 – 50 more meters for 40GBASE-SR4 and 30 more for 100GBASE-SR4.

The good news is that testing is easy. There is no vital information revealed by testing at the 953nm wavelength that you won’t get with the standard recommended insertion loss testing at the 850nm and 1300nm wavelengths using your Fluke Networks’ CertiFiber Pro. You’ll be covered if you stick to this preferred method.