Gearing Up for Single-Pair Ethernet in the Enterprise

Maybe you’ve been hearing some buzz recently surrounding single-pair Ethernet and a couple of new standards in development to support 10 Mb/s Ethernet. If you’re thinking that 10 Mb/s seems like old school, you’re probably not alone. After all, 10BASE-T has been around since the 1990s and is rarely even used as a signaling rate in today’s LANs. But this latest 10 Mb/s application is something different, and it has countless opportunities for a wide range of low-speed, low-bandwidth IoT devices – all over a single pair.

Projected for publication this year, short-reach 10BASE-T1S and long-reach 10BASE-T1L are well under development by the IEEE P802.3cg 10 Mb/s Single Pair Ethernet Task Force to support 10 Mb/s over a single pair. Yes, we already have single-pair Ethernet standards such as 100BASE-T1 (802.3bw) over 15 meters and 1000BASE-T1 (802.3bp) over 40 meters for the automotive industry. 10BASE-T1S supporting 10 Mb/s to at least 15 meters is also targeted towards automotive and industrial application as an attractive alternative to traditional fieldbus communication protocols. But 10BASE-T1L that supports 10 Mb/s over a single pair to at least 1000 meters is something that might just change how you connect low-speed IoT devices such as sensors, actuators and relays used in HVAC, security and lighting control applications that cross over into the commercial enterprise space

So Why Do We Have It?

Low-speed fieldbus for machine-to-machine (M2M) communications is found over a range of protocols, media, conductor sizes, distances and connector types depending on the application. Terminal block connections are currently the most prevalent for controllers and devices such as sensors that detect heat, moisture, pressure or other environment factors, or actuators that control valves or other switches such as relays. 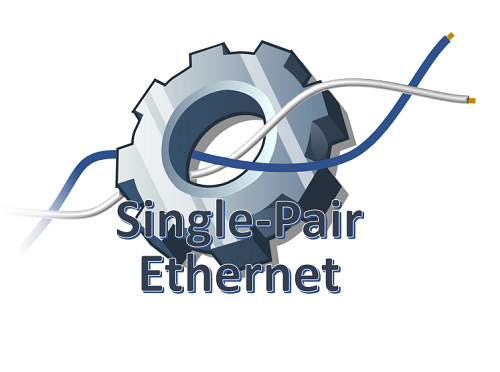 Due to all these variations, 10BASE-T1S and 10BASE-T1L were developed to bring interoperability to these systems, allowing them to operate over standards-based generic cabling systems and protocols and ultimately eliminating proprietary interfaces and cables. And 10BASE-T1L also paves the way for integrating devices with systems that operate over the traditional LAN.

So why not just use existing 10BASE-T that operates over four-pair cabling? The answer is simple – they don’t need it. Since these low-speed devices only need a single pair, it makes sense to have an application and associated components that minimize cost and keeps the overall size of cables and connectors at a minimum by eliminating unused pairs.

Unlike traditional 10BASE-T applications, 10BASE-T1L will allow up to 10 in-line connectors. The application will also accommodate cabling configurations referred to as a mixing segment. In contrast to traditional link segments, a mixing segment (sometimes referred to as a multi-drop) can support more than two devices in a channel. While it remains to be seen how this configuration will be utilized, it is anticipated that some building automation systems in the commercial enterprise space may take advantage of this configuration.

10BASE-T1L will also aim to support remote powering for the low-speed devices it connects, like what we see today with PoE technology but not compatible with two- and four-pair Type 1, Type 2, Type 3 and Type 4 since it’s a single-pair application. The 802.3bu standard, referred to as Power over Data Lines (PoDL), aims to support up to 13.6W of power over a single pair.

Like other IEEE enterprise applications, 10BASE-T1L will be supported by commercial TIA and ISO/IEC cabling standards currently in development. For the commercial enterprise environment, ANSI/TIA-568.0-D-2 Single Balanced Twisted-Pair Use Cases and Topology and ANSI/TIA-568.5 Single Balanced Twisted-Pair Cabling and Components standards are already under development, and naturally ISO/IEC is also working on documentation to define performance parameters.

ANSI/TIA-568.5 will specify multiple channel configurations with various distance limitations and bandwidth, including the 1000-meter, 10 connector configuration and a more desirable 100-meter configuration with four connectors (sound familiar?), which is expected to gain momentum as the choice for generic support of single-pair Ethernet in the enterprise. Both TIA and ISO/IEC have also already identified a single-pair connector design from CommScope for commercial enterprise environments.

The 568.5 standard will also include field tester specifications to verify the performance of installed single pair cabling using familiar performance parameters such as return loss, insertion loss, PSANEXT, PSAFEXT, PSAACRF, TCL, ELTCL and propagation delay. So, it’s no surprise that Fluke Networks is already gearing up for these emerging applications by participating in the standards committees and working with manufacturers as they work to develop the components.

As we did with past standards (think Category 8), you can rest assured that we will continue to stay on top of the standards development and strive to support testing of single-pair Ethernet applications in the enterprise when systems start to deploy. However, because we are only dealing with a single pair, there will likely be no need for familiar pair-to-pair parameters such as NEXT and ACRF.