This adapter is being made in very limited quantities and is currently only available to industrial automation and cabling manufacturers for use in their labs.  But given that it’s very likely that SPE will become widely adopted, it will eventually be of interest to nearly anyone responsible for installing or troubleshooting cabling.  We spoke with Theo Brillhart, one of Fluke Networks’ representatives to the TIA, ISO and IEEE committees developing the standards for SPE. 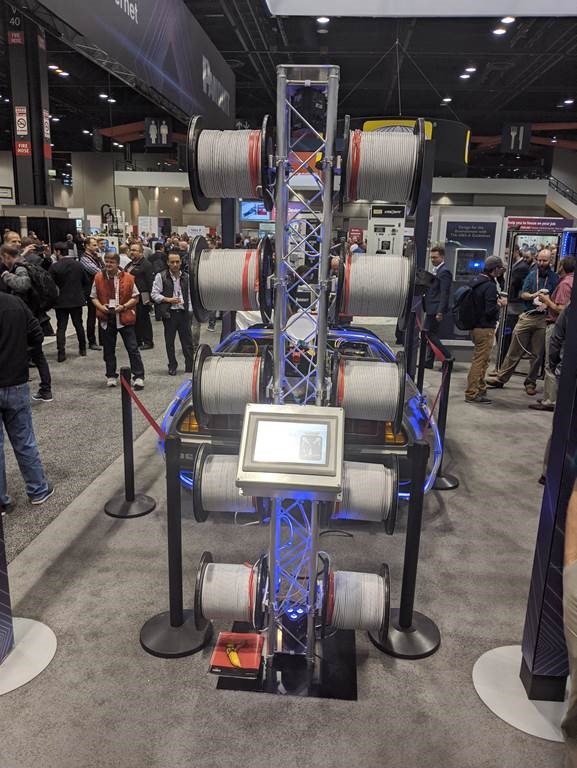 Why does the world need Single Pair Ethernet?

The ball got rolling with Industrial Automation companies including Rockwell, Johnson Controls, Siemens, and Philips.  They were looking for a cost-effective way to replace multiple fieldbus architectures with a homogeneous network.  Another term you might hear is “Advanced Physical Layer”, which Is built on SPE.

Will SPE be limited to the automation world?

Not at all.  SPE looks like it will move beyond the factory to find a home in building automation and the “Internet of Things”.  Most of the “things” are going to be low cost devices such as door locks, thermostats, and card readers.  It doesn’t make sense to spend $250 running a four-pair cable to a $25 “thing”.  SPE can also provide power to these devices which gives it a big advantage over Wi-Fi and A/C wiring in a lot of cases.  You don’t want your locks to stop working when the batteries die.

So how does it work?

Industrial actuators and sensors don’t require much bandwidth.  So SPE is designed to provide 10 Mbps, which is plenty for industrial control and most “things”.  The IEEE has just ratified the 802.3cg standard which includes two versions of SPE: 10BASE-T1S (for short reach), supporting runs up to 15 meters and 10BASET-1L (long reach) that can run beyond 1000 meters.  The photo posted with the blog shows a demonstration at the show with SPE running over a 1-kilometer cable.  SPE has another unique ability – you can connect as many as eight devices in-line on a single run.

Why Multiple Devices on a Single Run?

One of the big drivers for SPE is the ability to reuse existing industrial plant cabling.  Most of these older bus-based installations use a single cable that runs the length of the line and supports multiple devices.  If they can reuse that cabling, it will be a huge cost-savings.  Even if you can’t reuse the cabling or it’s a new installation, putting multiple devices on a single cable will save cabling and installation costs, and fit the tools and work habits of experienced technicians.

But some of that cabling could be decades old. Wouldn’t it need to be tested to be sure it can support SPE?

That thought has occurred to us.

Are there other savings?

As SPE replaces existing technologies, manufacturers of sensors and actuators will eventually be able to offer a single SPE model to replace the variety of models they have to provide today (4-20 mA, PROFIBUS, DeviceNet, IO-Link, Modbus, etc.), and you won’t need multiple gateways to translate.  This should lead to easier integration and lower prices for these products and systems.

The IEEE has specified power classes for SPE up to 52 watts.  The amount of power that can be delivered is dependent on the gauge of the cable (up to 18), its length, and its resistance performance.  Of course, if there are multiple devices on the same run, they would need to share that power.

When are SPE devices expected on the market?

There are already prototypes out there – we saw quite a number demonstrated at the Rockwell Automation show.  These products are expected to be commercially available in mid-2021.

In our next post, we’ll continue the interview, discussing the specifics of testing SPE installations.