Several vendors offer field-terminated plugs – both crimp style and modular insulation displacement. These plugs can be terminated to category twisted-pair cable to create patch cords or for use in a Modular Plug Terminated Link (MPTL) where horizontal cable is terminated on one end to a field-termination RJ-45 and plugged directly into a device, eliminating the outlet and patch cord at the end device.

Choosing a field-terminated plug has many considerations, from overall plug type, plug size and ease of termination, to types of cables supported, vendor preference and even features like retermination ability, operating temperature and UL rating. Let’s take a look at how the various features might impact your choice. 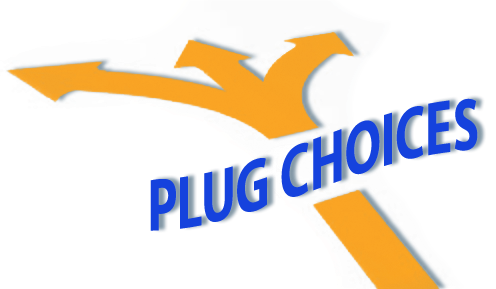 First and foremost, you’ll likely be choosing between a low-cost crimp style plugs and one that uses a modular insulation displacement termination method similar to many vendors’ modular jacks that use a lacing cap termination and integrated printed circuit board (PCB).

While a crimp-style plug may be just fine for a low-power, low-speed application (I’m thinking IP clocks for example), these plugs are not known for having consistent, reliable performance needed for high-power, high-speed applications (like a Wi-Fi access point for example). Often crimp-style plugs have no color coding for the wiring scheme, which can result in improper pair arrangement and a failed wiremap test. The crimp method of termination also can be a bit tricky if it’s not something you do every day, and if not enough compression is used, the conductors can pull out of the contacts. Most lower-cost crimp-style plugs also don’t have adequate strain relief to hold up to the rigors of daily use.

With MPTL configurations now recognized by TIA and included in the ANSI-TIA568.2-D standard as an option for connecting devices where it is deemed impractical or unsafe to deploy an outlet and equipment cord, many leading vendors have introduced modular plugs (Belden, CommScope, Hubbell, Leviton, Panduit and Siemon just to name a few). These modular field-terminated plugs terminate like a jack and include a small PCB to which the IDCs connect rather than connecting directly to the plug contacts. Just like with jacks, the integrated PCB in these plugs optimizes the signal for better performance.

The modular type of field-terminated plug is also typically faster and easier to terminate with intuitive color-coded lacing modules that prevent wiring errors while offering more consistent, reliable performance. If you’re plugging in critical IP-based devices like digital signage, wireless access points and security cameras, a modular-style plug with integrated PCB is the way to go – even if they cost a bit more.

A Variety of Specs

When you’re selecting a field-terminated plug, check out the manufacturer specs. The type of cabling supported is certainly a consideration. Some plugs support only UTP or only shielded cable, while others can be used with both. Some plugs may support only stranded cable (like those used in patch cords), while others can support both stranded and solid cable. This is a definite consideration since stranded cable is not allowed for use in the horizontal. In other words, if a plug only terminates to stranded cable, you’re limited to making patch cords and you won’t be able to support an MPTL configuration.

Some plugs terminate to only Category 6A cable, while others can be used with Category 5e, Category 6 and Category 6A. This is often dependent on the conductor size supported since these cable types can range from 22 to 26AWG. While Category 6A will be the go-to choice for high-speed applications like Wi-Fi, it can be cost-effective to have a more versatile plug that can also be used for a Category 6 camera connection. You’ll have less inventory and can buy in bulk. Regardless of the cable type, you also might want to make sure that the plug is included in the system warranty.

While it wouldn’t seem like a major factor, the size of the field-terminated plug can impact device support. The latest modular plugs on the market typically have a width of about 0.5 inches but lengths vary from 1.5 inches to about 1.8 and heights from 0.5 inches to 0.75. We won’t tell you who has the smallest, but size matters when you’re dealing with devices that have very limited space. The last thing you want to do is find out your plugs don’t fit when it’s time to plug in that camera or access point.

While vendor preference and cost will of course play their part, there are some other features you might want to consider – everything from ease, speed and familiarity of the termination process, to overall durability, color options, dust caps and ingress protection. Another key cost-saving feature is the ability to reterminate the plug. Who wants to throw out a plug that was terminated to the wrong the cable?

For patch cord testing, you’ll want to use Fluke Network’s DSX Series Patch Cord Test Adapters. These adapters can be used to certify Category 5e, 6 and 6A copper patch cords per TIA-568-C.2 and IEC 61935-2 standards, and they include the plug-adapter connection on both ends to verify the performance of the RJ45 plug.

How to clean your cable and fiber network tester