Home > Community > Blog > How to Save 50% Time in bi-directional testing?

How to Save 50% Time in bi-directional testing?

When it comes to Tier 2 testing using an OTDR, measuring the loss of specific events like connectors and splices, as well as overall link loss, depends on the direction in which the measurement is made. 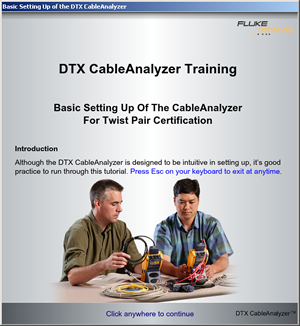 That is why getting correct values requires averaging the results from measurements made at both ends of the link – in other words, bidirectional testing. And to properly test the loss and reflectance of the first and last connections in a link, a launch fiber is used at the near end and a tail fiber is used at the remote end.

This dilemma is what gave rise to testing with a loop. By using a loop at the remote end that is similar in length to a tail fiber, two fibers of a duplex link can be tested in one shot— and bidirectional testing can be performed without moving the OTDR to the remote end.

Bi-directional testing using a loop at the remote end.

While OTDR testing with a loop may seem like the smarter choice, there is a way that is even smarter. You see, testing with a loop using a traditional OTDR requires the user to identify both segments and manually create and then average two distinct records. And whenever a process is manual, there is always the risk of human error.

OTDRs, such as Fluke Networks’ OptiFiber® Pro or DSX-5000 CableAnalyzer™ Pro, that feature a built-in “SmartLoop” Assistant removes the risk of error by converting the manual loop process into an automatic test. Not only does the SmartLoop Assistant check for the presense of the launch, loop and tail fiber when testing a duplex fiber link, it also ensures that both fibers are in the right order and have the expected length. And when the testing is complete, the SmartLoop Assistant’s results management software automatically reports the bidirectional average for that link. 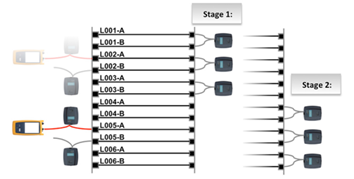 Multiple loops at the remote end allow a single technician
to perform a set of bidirectional tests before having
to walk to the remote end or call for assistance.

And just when you thought that was smart enough, with the SmartLoop Assistant technicians can deploy multiple loops at the remote end and perform a set of bidirectional tests without having to leave the near end.

All in all, Smart Loop testing results in highly accurate fiber measurements in a fraction of the time and cost—it cuts test time by at least 50% while elminating the need for an additional technician at the remote end and prevents mistakes.

With the constant pressure to get the job done quicker and right the first time for maximum profitability, doesn’t it make sense to be in the loop—the smart loop that is?