Five Reasons Upgrading to Versiv™ Will Save You Money

Introduced in 2004, the Fluke Networks DTX CableAnalyzer™ has become the world's most popular tool for certifying premises copper and fiber cabling, with billions of links certified. Built with legendary Fluke Networks ruggedness and reliability, you might want to use it forever. But that will be a very costly plan.

Fluke Networks' new Versiv cabling certification system is designed to save you money in every phase of the cable testing job and to get to systems acceptance faster.

Waiting for your expert to set up the tester wastes time. Setting it up wrong can waste a lot more when an entire day's work isn't done to spec.

Versiv's ProjX™ management system makes setup easy and foolproof. Enter the testing details for the job once, and your techs are given the choice of only the correct tests for that job – especially valuable when the tester moves from job to job. The LinkWare™ Live cloud service even lets you set up your testers without bringing them back to the office. And Versiv lets users enter data many times faster through a modern smartphone interface instead of hunting and pecking with the DTX's arrow keys.

Versiv accelerates fiber testing with features that aren't available on the DTX. The SmartLoop™ feature lets you perform an OTDR test on two fibers at once and even allows bi-directional testing with instant averaged bi-directional results – without moving the tester to the other end. Quad modules mean you don't have to hunt for and switch to the other module when you're doing a mixed multimode / singlemode job. And Versiv automatically grades fiber endfaces in about a second – something the DTX can't even do manually. 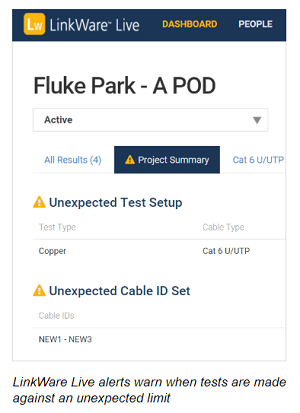 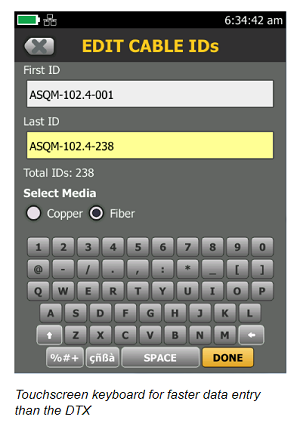 Waiting is the opposite of fast – but if your DTX battery is fully drained, you have to plug in and wait up to 15 minutes. With Versiv, you just plug it in, and start testing.

Don't waste time hunting for your testers. LinkWare Live tracks where your tester last synced. And for links that fail, Versiv offers second generation diagnostics that pinpoint more problems in simple terms so your team can fix them fast.

Call-backs can turn a profitable job into an unprofitable one. That's why Versiv is designed to eliminate mistakes. With the DTX, it's not hard to select the wrong limits. When you do, all the tests need to be run all over again. But with Versiv's ProjX management system, your techs can choose only the tests that you define for the specific job. LinkWare Live lets you track the status of each job from any mobile device, down to the level of each individual test. It will even indicate when unexpected tests are being performed or warn you in advance that calibration is due.1

Setting the fiber reference is a complex task on the DTX, and if it's done wrong, every subsequent measurement is invalid – and your techs might not even know. But Versiv leads the tech through this critical process, eliminating “negative loss” measurements that can result if it's done wrong. With so many ways of preventing and warning you of errors, you might forget the meaning of “call-back”. 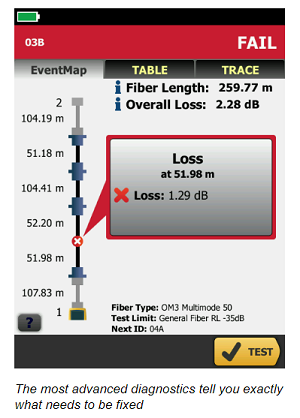 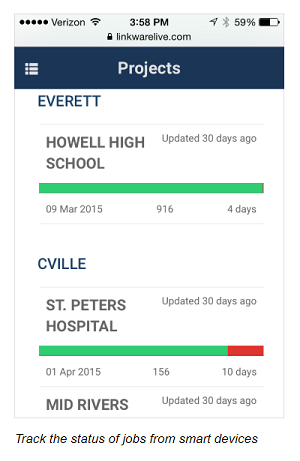 Since Versiv uses the same LinkWare software as the DTX, there's no learning curve when it comes to reporting. But Versiv's faster reporting might take some getting used to. Instead of hauling testers or memory cards back to the office, just upload the results from Versiv to the LinkWare Live cloud service, which automatically assigns the right tests to the right job – across all your testers. No more hunting for those missing tests. Versiv also provides 48 times more internal test storage than the DTX, and unlimited storage externally using USB devices or the cloud service.

Investing in Versiv means you'll also be ready to take on new jobs from Cat 5 to Cat 8. Versiv supports future measurements such as TCL and resistance unbalance that your DTX never will. Certify coax and standard or industrial Ethernet patch cords in both directions. Test singlemode fibers that are more than ten times as long. And the modular design means you can add new capabilities without buying a new tester. 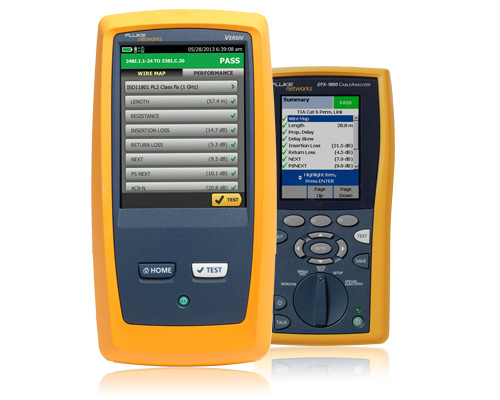 See How Versiv™ Stacks Up Against Your DTX