When Winston Churchill said that the holiday season is not only one of rejoicing but also of reflection, he didn’t know that 2020 would be the year that family gatherings are kept to a minimum and parties take place over Zoom and FaceTime.

So, while rejoicing may be seemingly unattainable this holiday season due to the Coronavirus pandemic, political division and economic hardship that have wreaked havoc this year, we thought we’d follow Churchill’s advice and take a moment to reflect on how we got here and the opportunities that lie ahead—from an information and communication technology standpoint that is. 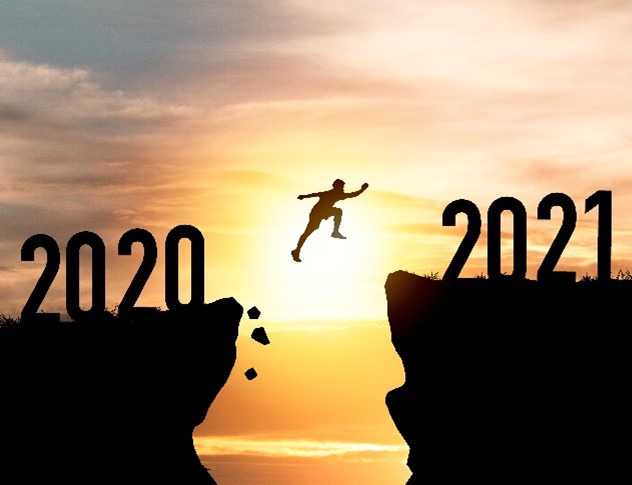 There’s probably plenty of you out there that remember the original “Level” cables defined by Anixter back in the 1980s before TIA and the introduction of cable categories—Level 1 plain old telephone system cable, Level 2 for Token Ring and Level 3 twisted-pair capable of handling 10 Mb/s. That was followed by the IBM cabling system with its heavy 2-pair shielded cables, which are now available for a steal under the category of “vintage cable” on Ebay.

Category 3, the first of the official “categories” ratified by TIA in 1991 and capable of supporting 10 Mb/s, was deployed throughout the 1990s and actually remains a notable istalled base for voice applications. For a brief moment, we also had Category 4 cable of supporting 16 Mb/s but it was quickly replaced in 1995 by Category 5 operating at 100 MHz and supporting 100 Mb/s. Category 5e, also operating at 100 MHz, was then introduced with enhanced crosstalk performance to support gigabit speeds.

Do you remember when Category 6 was ratified in 2002 and the majority of industry experts thought that was the last of the copper cables before everything would go to fiber? While Category 6 never became what it was cracked up to be since a quality Category 5e will pretty much do the same job, it turned out that twisted-pair copper cabling still had some life left in it. Ratified in 2009, Category 6A capable of supporting 10 Gb/s has been the recommended cable type for new horizontal LAN infrastructure for nearly a decade. Heck, we even have Category 8 capable of supporting 40 Gb/s to 30 meters, and while it didn’t take off for its intended data center switch-to-server application, it still may eventually come into play for short high-speed horizontal links in the LAN (only time will tell).

When copper looks like it’s about to fall forever behind fiber, along comes Power over Ethernet and the Internet of Things to further extend its range.  In 2018, 802.3bt, supporting devices up to 71.3 watts was introduced, greatly expanding the potential number of devices that can be powered over twisted pair cabling.  Earlier this year, the Ethernet Alliance launched their Gen 2 PoE certification program to provide reliable multivendor reliability.  Next year, we may see the first devices using Single Pair Ethernet, allowing copper to communicate with and power an even wider range of low cost devices in building automation, industrial, and automotive applications.

So the copper train just keeps rollin’ along.

While fiber too has come a long way, the advancements haven’t been as much about the cable’s ability to handle bandwidth as it has been about the active equipment and signaling. After all, we’ve been talking about fiber’s “unlimited” bandwidth capabilities for decades and considering where we are now with ever-increasing bandwidth demand, it seems fiber’s future has always been set in stone.

When we look at how far we’ve come with fiber, it’s really about advancements in transceivers and technologies like parallel optics and wave division multiplexing (WDM) that use multiple lanes or wavelengths, as well as advancements in encoding schemes such as new four-level pulse amplitude modulation (PAM4) encoding that offers twice the bit rate of non-return-to-zero (NRZ) encoding. These innovations have allowed bandwidth capabilities to advance from 1 Gb/s over multimode and singlemode via 1000BASE-SX and 1000BASE-LX in 1998 to now supporting 200, 400 and even 800 Gb/s (and beyond) using WDM, PAM4 and/or parallel optics. Increased speeds have also led to more stringent insertion loss requirements, which has driven innovations like low-loss connectivity and encircled flux testing. But that’s not to say we haven’t also had noteworthy advancements in fiber cable that goes along with these innovations.

More than two decades ago, we shifted from larger core 62.5mm OM1 multimode fiber for use with LED transceivers to 50mm OM2 and eventually laser-optimized 50mm OM3 multimode fiber better suited for efficient, low-cost vertical-cavity surface-emitting lasers (VCSELs). To support greater distances, 50mm OM4 multimode was then introduced in 2009 with higher bandwidth, which allowed for 10 Gb/s transmission up to 550 meters compared to 300 meters with OM3. This was accomplished by changing the internal construction of the fiber core to reduce modal dispersion (i.e., how much the modes of light spread out as they travel down the fiber). We now have OM5 multimode, referred to as wideband multimode or WBMMF, which is essentially a version of OM4 with additional specifications for operation at an additional wavelength. It was developed due to advancements in WDM technology that enable sending signals via multiple wavelengths over multimode fiber to achieve higher transmission rates.

Tried and true singlemode fiber cable really hasn’t gone through much change over the past 40 years since its bandwidth isn’t limited by phenomena like modal dispersion. In 2006, OS2 low-water-peak loose tube fiber was introduced that better supports coarse WDM (CWDM) applications in outside plant long-haul applications (>10 km), but OS1 is still deployed for shorter lengths on campuses and inside buildings.

There is another advancement worth mentioning—bend insensitive fiber developed to handle tighter bends without degrading performance or damaging cable. Bend insensitive singlemode has been around since 2007 with a smaller core diameter and higher refractive index to handle bending. Bend insensitive multimode fiber (BIMMF) was introduced a couple of years later, which features an optical trench between the core and the cladding to prevent light from escaping the core at extreme bends.

Take the Good with the Bad

While it’s easy to see how far we’ve come, it can be difficult to remain positive about the future as 2020 winds down and likely gets designated the worst year of this century. But every dark cloud has its silver lining. When was the last time health care workers got the recognition they deserve, families were forced to slow down and reconnect, and air pollution dropped to its lowest level in decades?

For the ICT industry, the coronavirus has also shed light on the need to close the digital divide, enhance networks and data centers to handle more traffic, and accelerate adoption of technologies and cloud services to support changes in online user behavior—everything from remote working and learning, to telemedicine and video streaming.

So, while 2020 has impacted all industries and many businesses are grappling with lost revenue, in the long run, the ICT industry will still be standing and, in many aspects, potentially stronger than ever before. Here at Fluke Networks, we are excited about what the future holds, and we wish you all a healthy, happy holiday season and best wishes for a prosperous 2021!