With the Internet of Things (IoT) and the development of sensor technology, more and more devices are becoming IP enabled and connecting to the copper horizontal cabling infrastructure. Most of these devices such as LED lights, security cameras, building automation controls, and Wi-Fi access points include an integrated RJ45 port for connecting to the network. 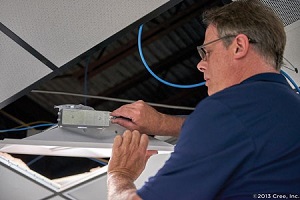 There may be scenarios where a typical four-connector channel is not used when connecting these types of devices– especially those that reside in the ceiling space where it is impractical to install a faceplate. Instead, there is just one patch cord in the telecommunications room and the permanent link is terminated at the other end with a plug so it can plug directly into the device, essentially eliminating the equipment cord. This creates what is now known as a Modular Plug Terminated Link, or MPTL, and as this application becomes more common and shows up in industry standards, it’s good to get a handle on how to test it today.

Some of the benefits of using a plug-terminated link include improved security and aesthetics by avoiding exposed patch cords that can be inadvertently or deliberately disconnected (think of a security camera) and the ability to adhere to the code requirement of only placing plenum-rated products in air-handling spaces (not all patch cords are plenum rated).

The use of a link that terminates to a plug and eliminates the equipment cord was first called out in the BICSI 005 Electronic Safety and Security standard and appears again in the BICSI 033 Information Communication Technology Design and Implementation Practices for Intelligent Buildings and Premises targeted for publication later this year. The TIA-862 Building Automation Standard also recognizes the need to eliminate an equipment cord when deemed unfeasible or unsafe and specifically allows for the use of a plug-terminated link. This application was originally referred to as a “direct attach connection” but due to confusion with direct attach connections used in data center switch-to-server applications, the terminology has evolved.

While recognized by industry standards as an application, there were previously no specific test requirements for a plug-terminated link specified by the TIA. Hence, as recommended by BICSI, these connections were originally tested using Modified Single-Connector Permanent Link testing. This was achieved by attaching the main testing unit at the patch panel with a Permanent Link Adapter, attaching the remote unit at the far end with a Channel Adapter and choosing the “Mod 1-Conn Perm. Link” application on the tester. The problem with using a Channel Adapter at the far end is that the mated connection at the far end was excluded from the test.

A New and Better Way 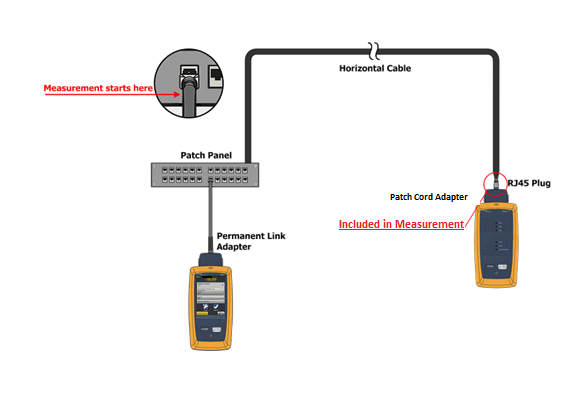 With the proliferation of field-terminated plugs, and the potential for a poor plug termination, standards bodies have recognized the need for a test procedure that includes the final plug connection at the far end. The current draft of the ANSI-TIA568.2-D standard includes the MPTL configuration.

To verify the performance of the entire connection, including the far-end plug, MPTL testing uses a Permanent Link Adapter, such as Fluke Networks’ DSX-PLA004 or DSX-PLA804, on the main unit and a Patch Cord adapter, such as Fluke Networks’ DSX-PC6A, DSX-PC6 or DSX-PC5e (depending on whether testing to Cat 6A, 6, or 5e, respectively), on the remote unit at the far end. 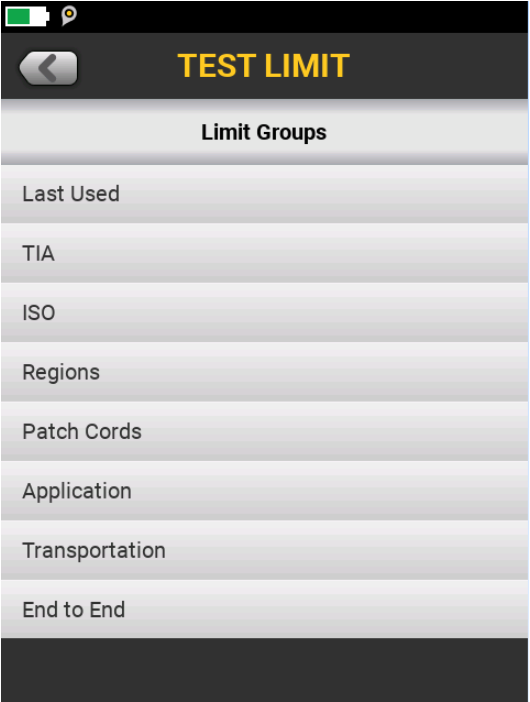 The good news is that the new MPTL test limits are already included in the Version 5.1 Build 4 release (May 2017) of the DSX CableAnalyzer™ Series Testers. From the Test Setup screen, simply select the “Test Limit” and then “More.” Then choose TIA under the Limit Groups and select the required limit—TIA Cat 6A MTPL, TIA Cat 6 MPTL or TIA Cat 5e MPTL. That’s all there is to it!