Home > Community > Blog > The Rise of the Hyperscale Data Center

The Rise of the Hyperscale Data Center

While the number of hyperscale data centers in the world is only estimated at around 300, with half of these belonging to U.S.-based companies (Think Amazon, Google, Microsoft, Facebook, Ebay and Twitter) and another 100 hyperscale data centers expected by the end of 2018, we are constantly hearing rumbles about these unique spaces.

Plus, hyperscales tend to be key drivers behind data center technologies, trends and applications—not to mention standards development. Would the IEEE really be working on 400 Gig if it weren’t for these giants? 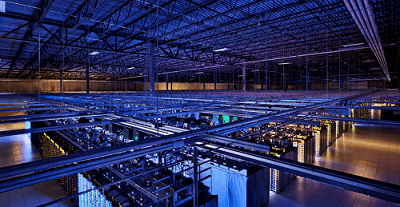 These spaces tend to be made up of distributed systems with hundreds of thousands of servers, many of which have much higher workload requirements than we see in typical enterprise data centers, such as websites with extreme traffic, 3D rendering, Big Data analytics and other specialized needs. Another characteristic of hyperscale data centers is that they tend to be designed using primarily singlemode optical fiber since multimode does not typically have the reach and bandwidth they require. They also tend to have flatter architectures with fewer switch tiers to reduce latency. For server interfaces, hyperscale data centers are pushing the migration to 25 gigabit speeds and beyond, and many hyperscales are trending toward all-fiber infrastructures.

Keeping Track of it All

In the past, collecting and consolidating data from separate testers was extremely time consuming. And when you start talking about a hyperscale data center, imagine that task times 100 (or more). This makes Fluke Networks’ cloud-based LinkWare Live ideal for the hyperscale—not only can multiple testers be configured and programmed with cable IDs ahead of time to reduce errors and maintain consistency, but test data from multiple testers being used by multiple technicians can effortlessly be consolidated into a single project. This means you get all the data and can avoid retesting due to missing results. And LinkWare Live supports an unlimited number of projects and offers unlimited storage—now averaging over 300,000 test results uploaded per month, it’s the perfect fit for the hyperscale.